Starting the TMV (Traversée du Massif Vosgien) in Wissembourg – Oli and me took the train to Wissembourg. It was a light raining day with 11°C (after weeks of hotness). Beeing in the woods we made a short break under a tree. 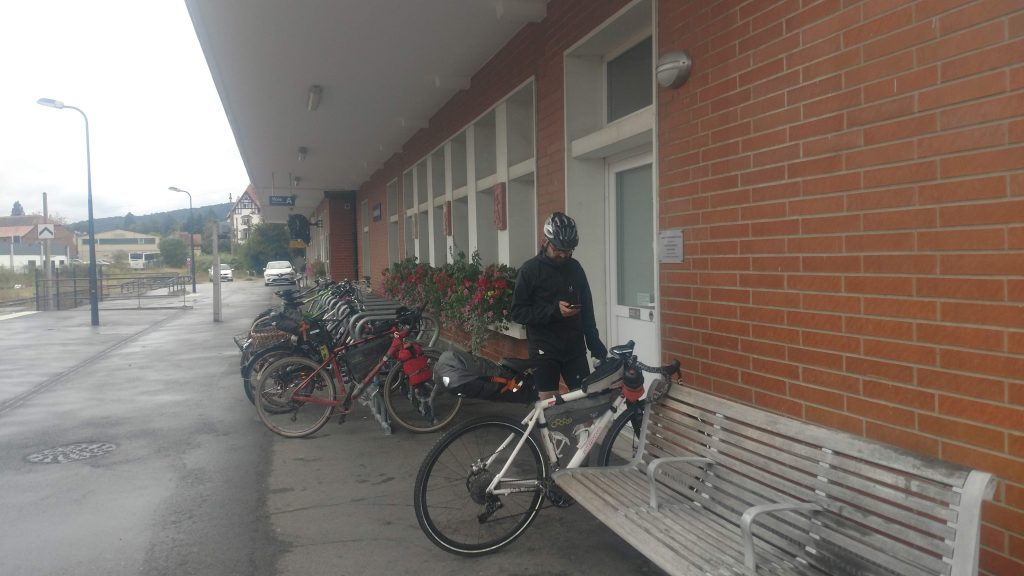 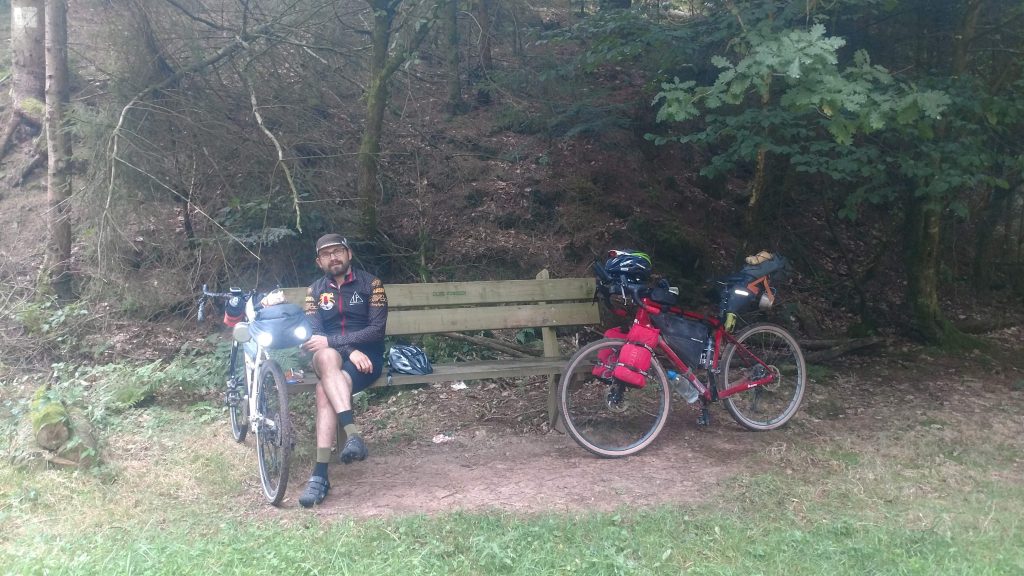 dry under a tree

We cruised lovely trails and bike lanes. In the afternoon the weather got better and the sun showed up. For the night i spotted a place called “Col du Ochsenstall” which looked awesome on pics in the web and it is located direct at the TMV. We enjoyed the scenery! When we had nearly half of the way we decided to switch on roads to be faster and reach the spot before darkness. Also the roads were awesome. Not much traffic, passing small old villages. 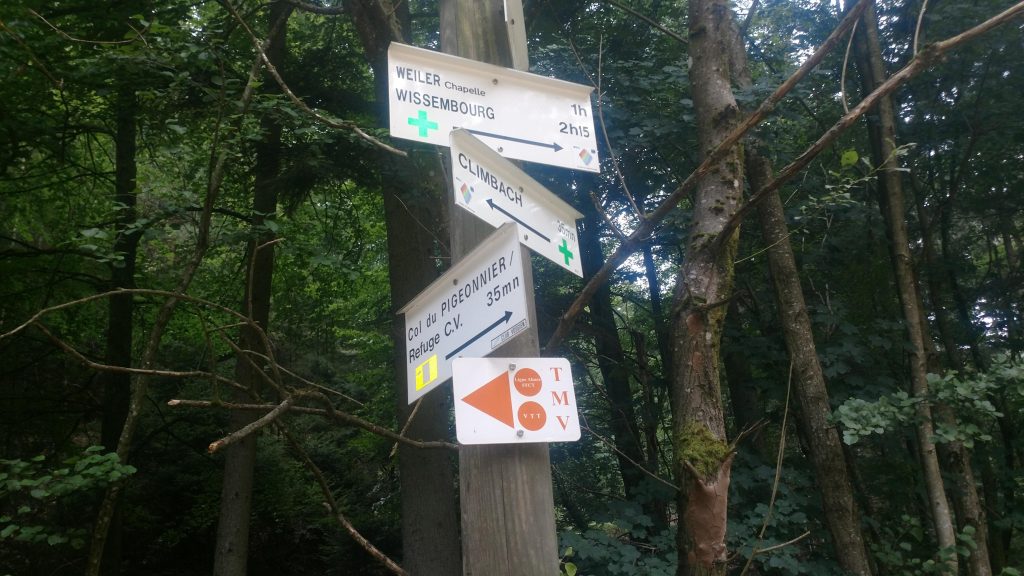 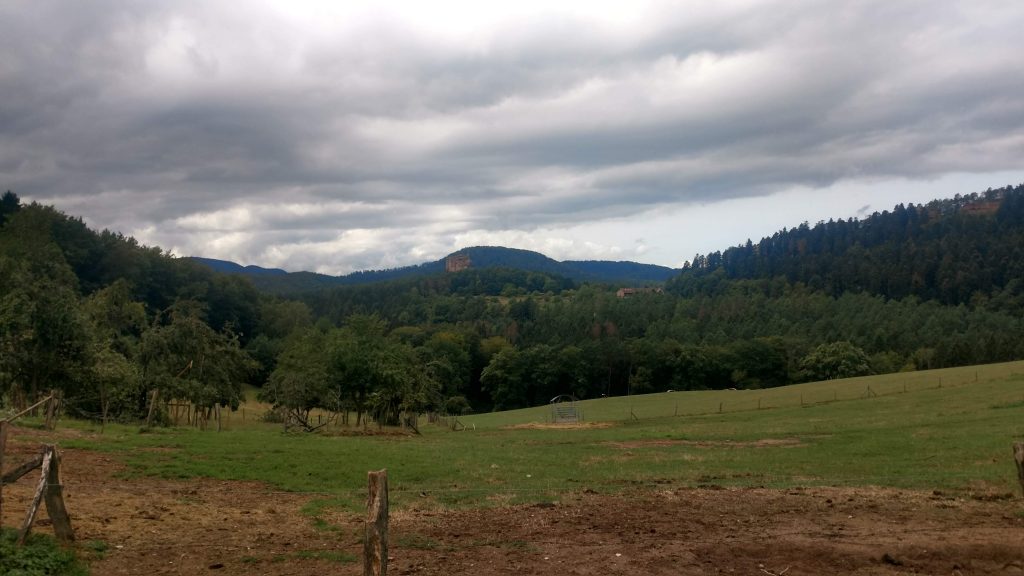 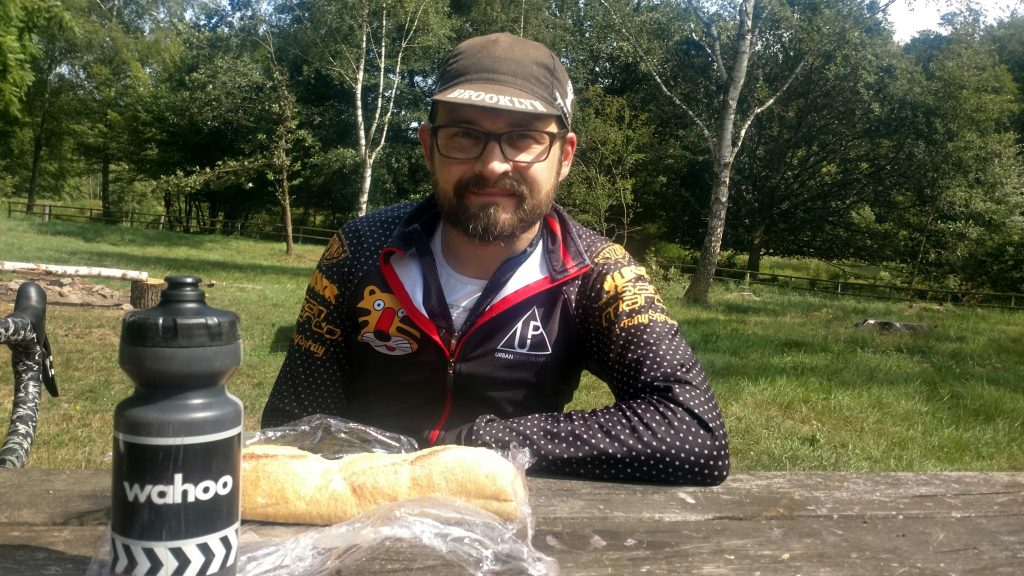 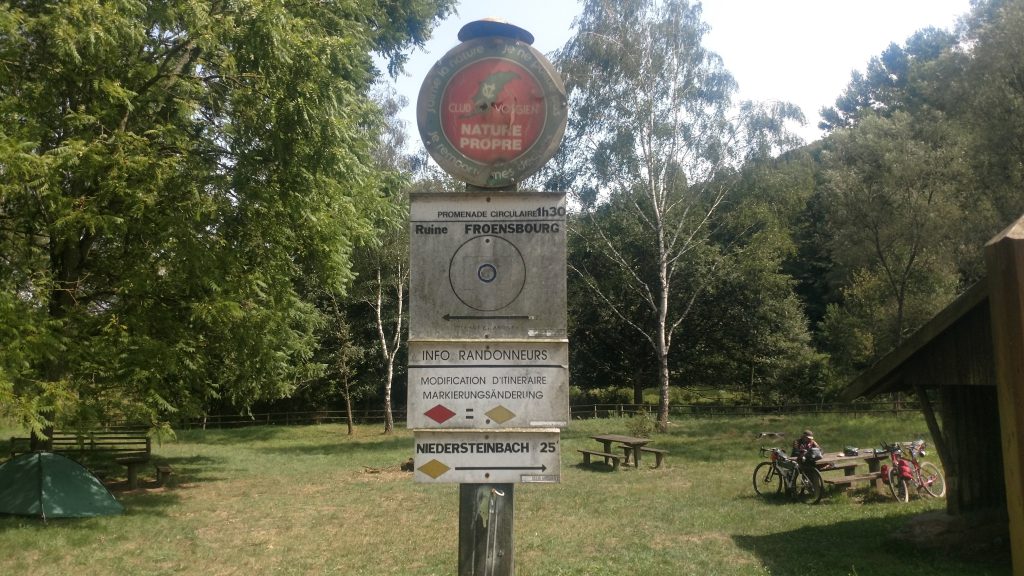 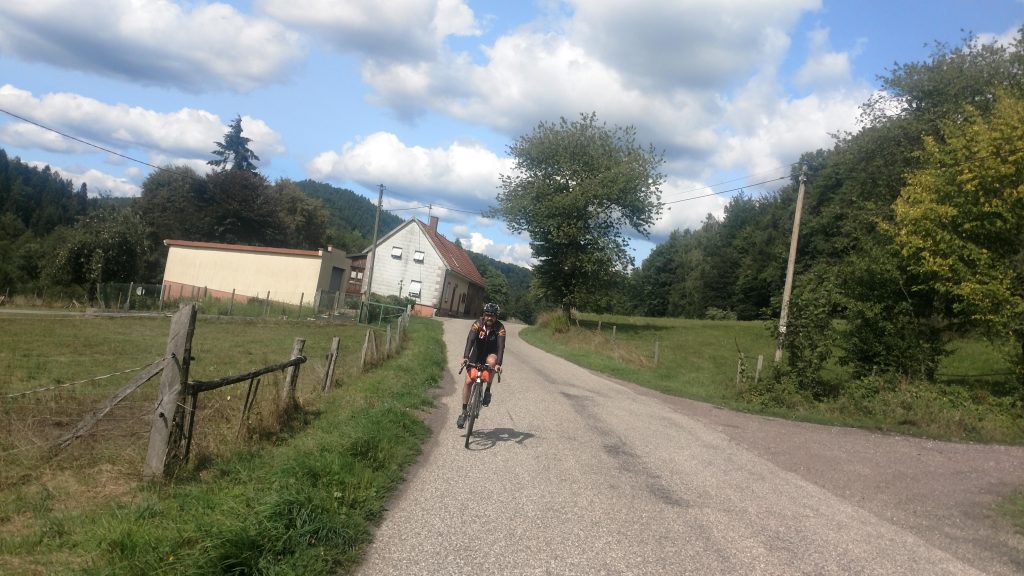 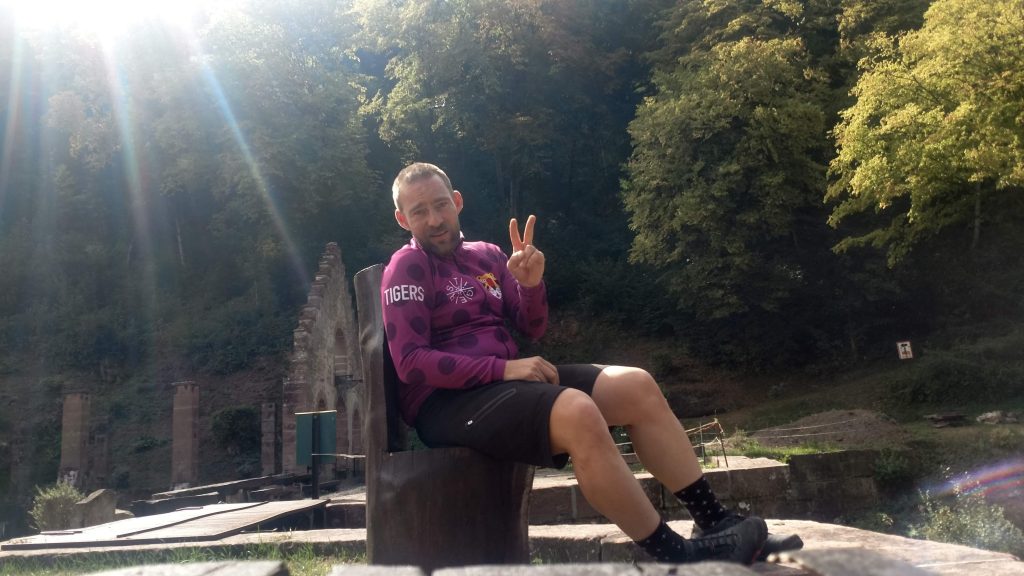 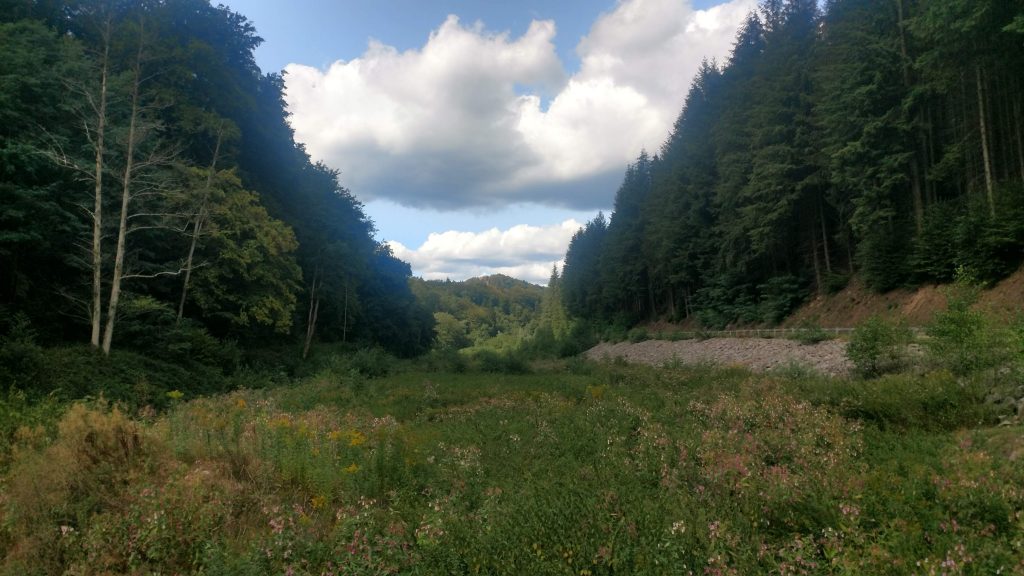 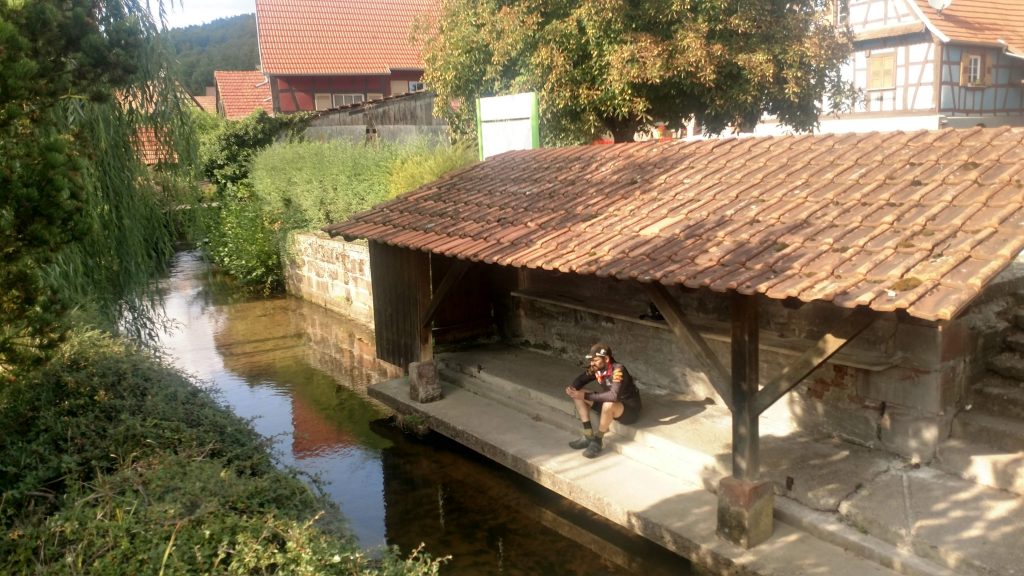 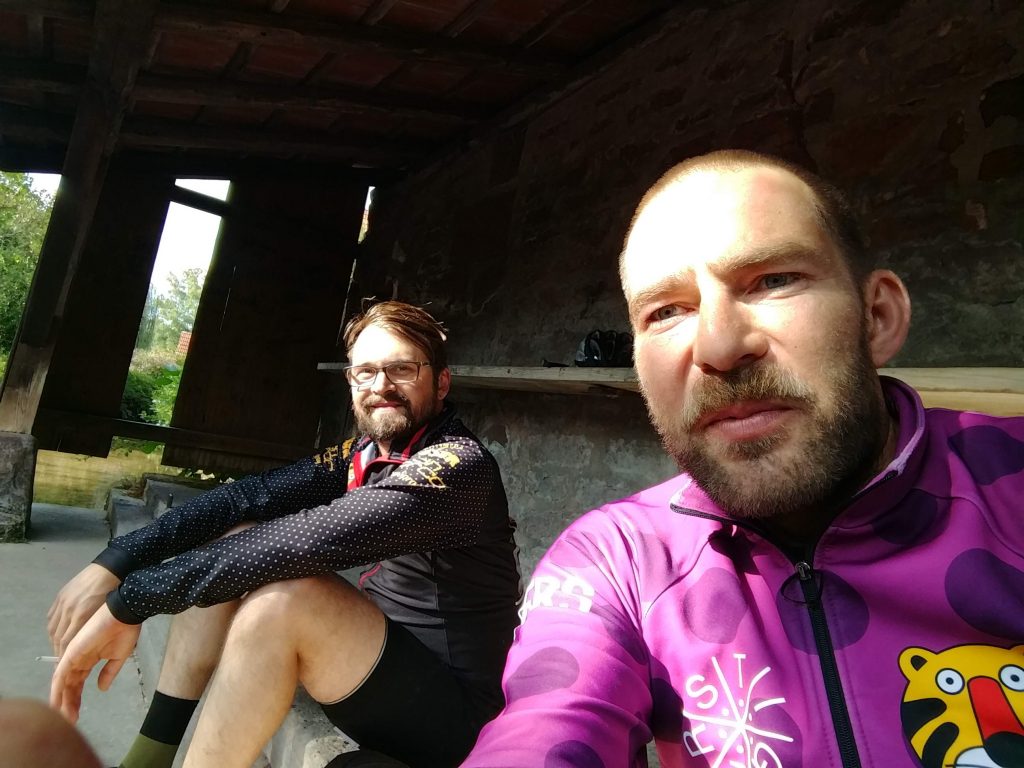 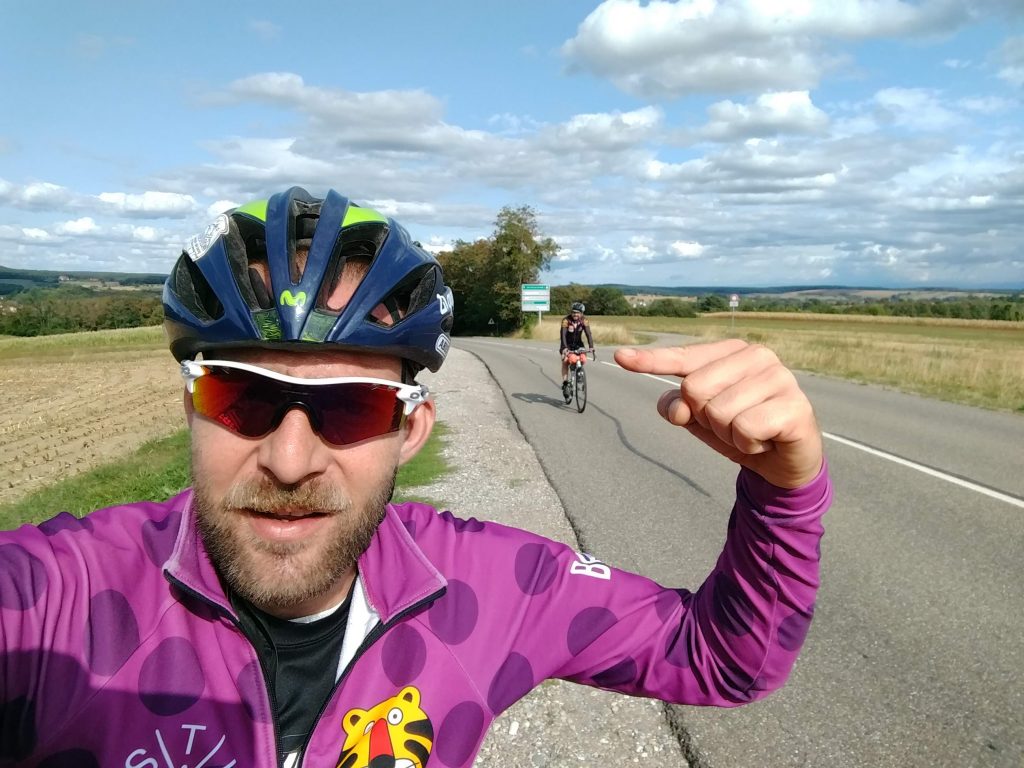 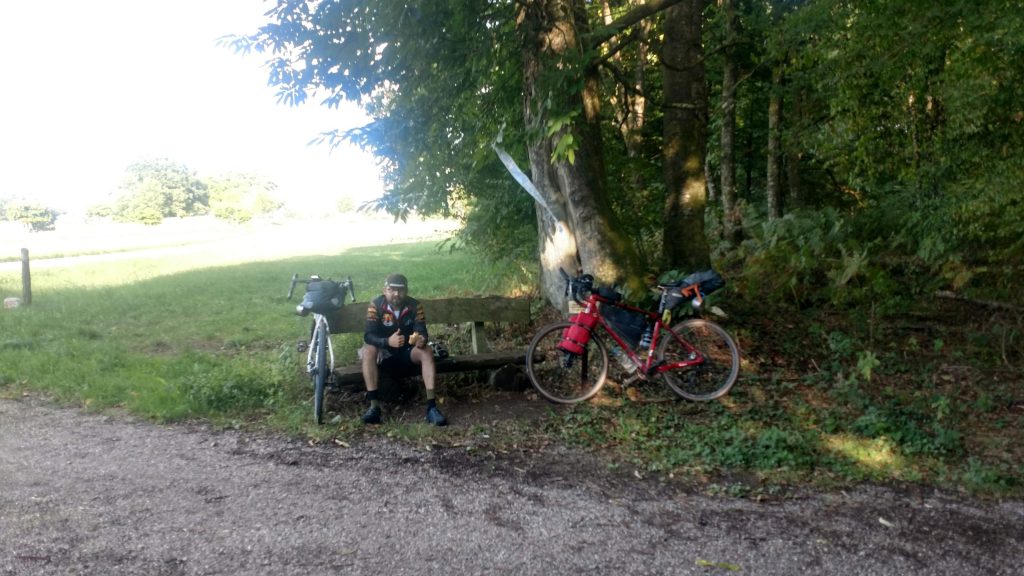 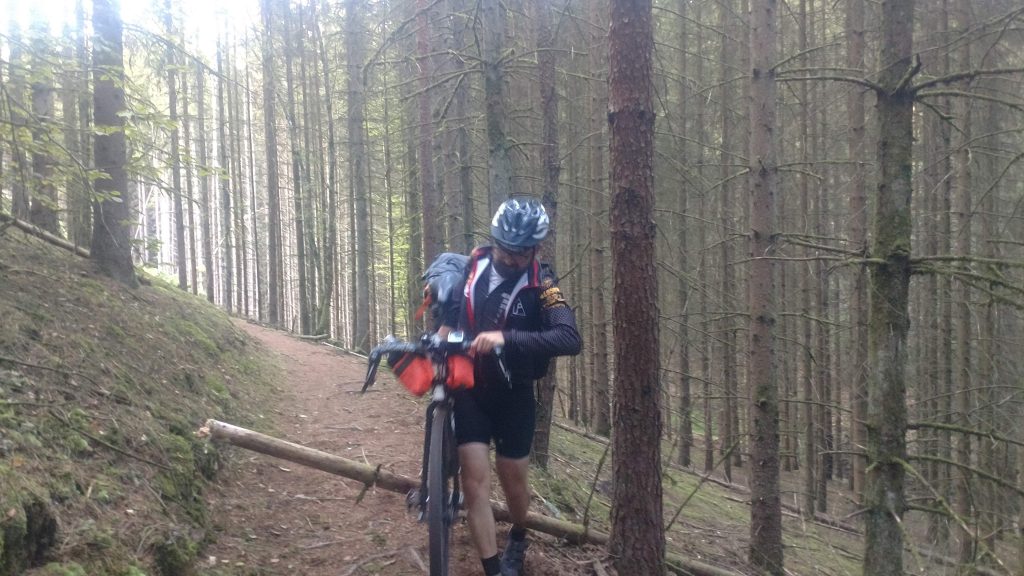 We went to a supermarket a few k’s before the destination to grap some baguette, cheese, salami, wine for diner. After that we had some lovely trails in the woods till we reached that magic spot. What nature had done! Washed out sandstone with small caves. We started the camp fire and had diner, some talks at the camp fire. 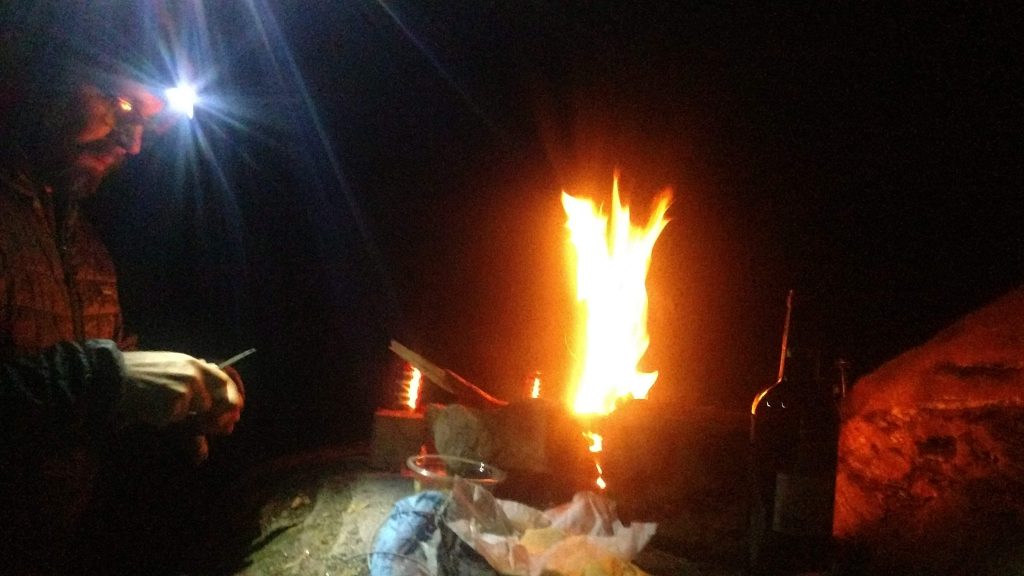 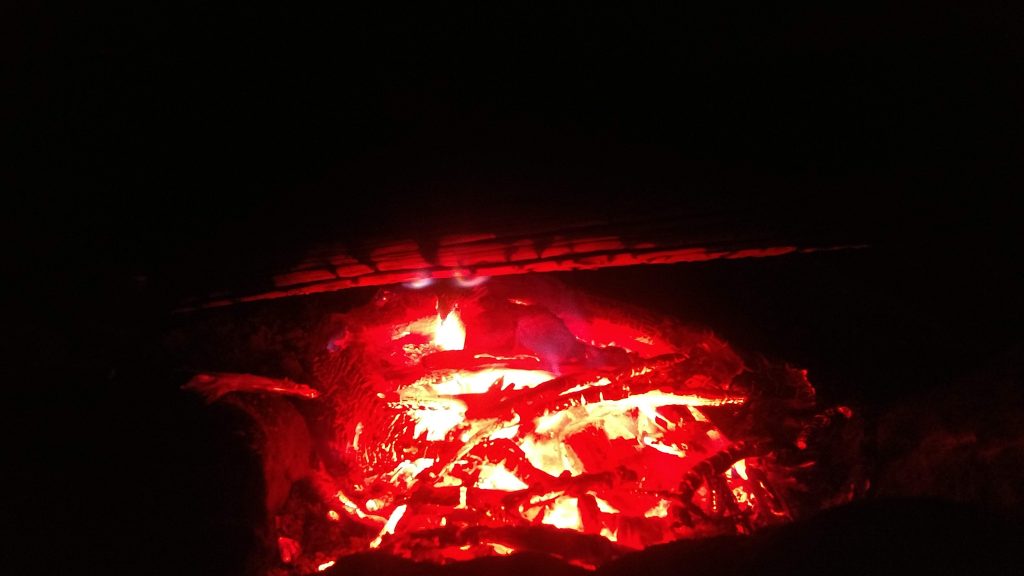 Morning coffee time, some talk with people passing by, that early 😉 We tried to figure out the nearest trainstation in fact that Oli’s knee was unhealthy. We packed and tried to find the way out of the forest which was not so easy 😉 Back near civilication we had some nice bike lanes and small roads. For the first possibility to get the train we have been to late. Another 15 k’s to reach Wissembourg, where we started. For me was the weekend perfect, hopefully Oli’s knee is well soon! By the way… dear train companies, take enough waggons the weekend to transport all the cyclists and don’t leave them at a trainstation. 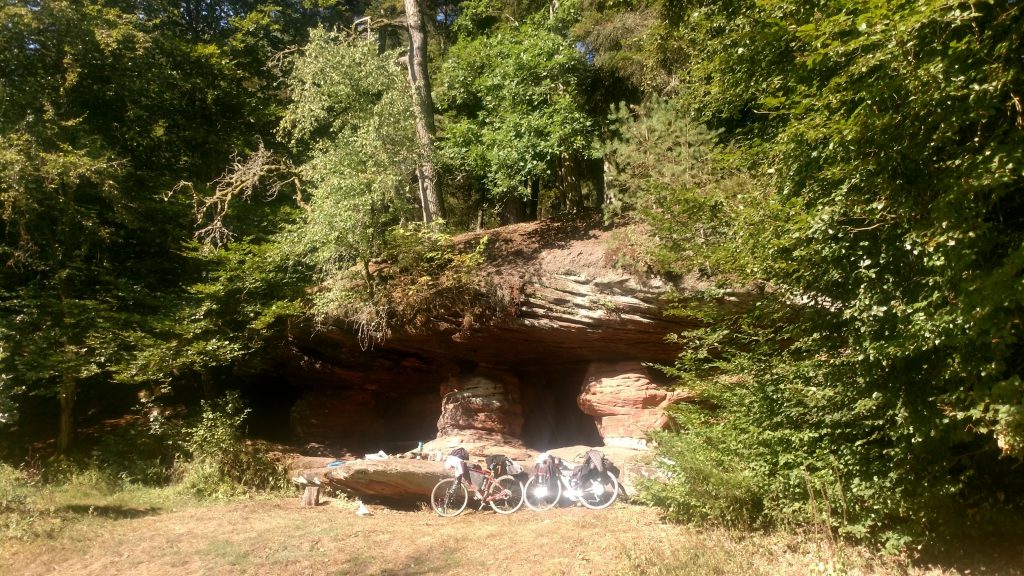 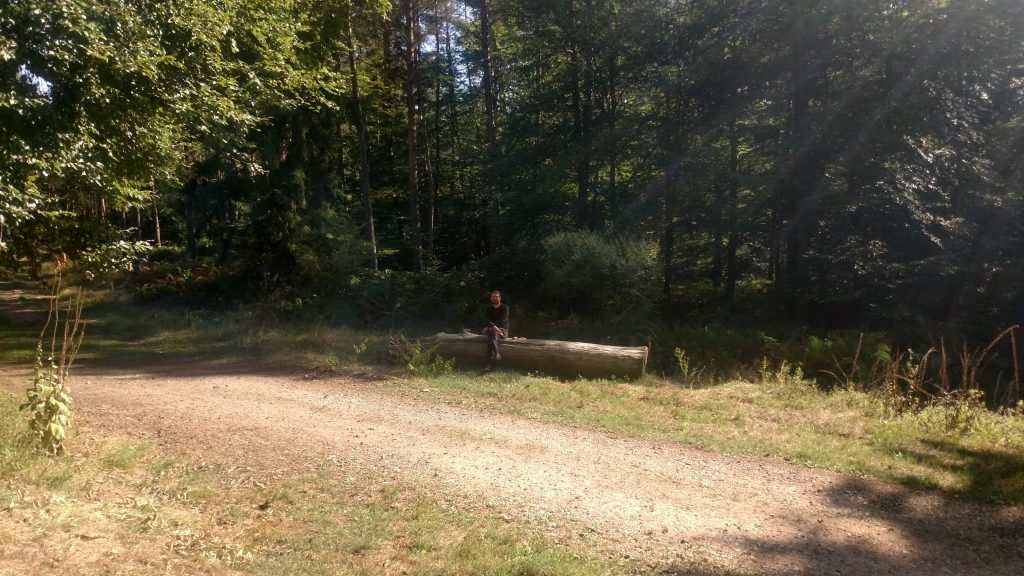 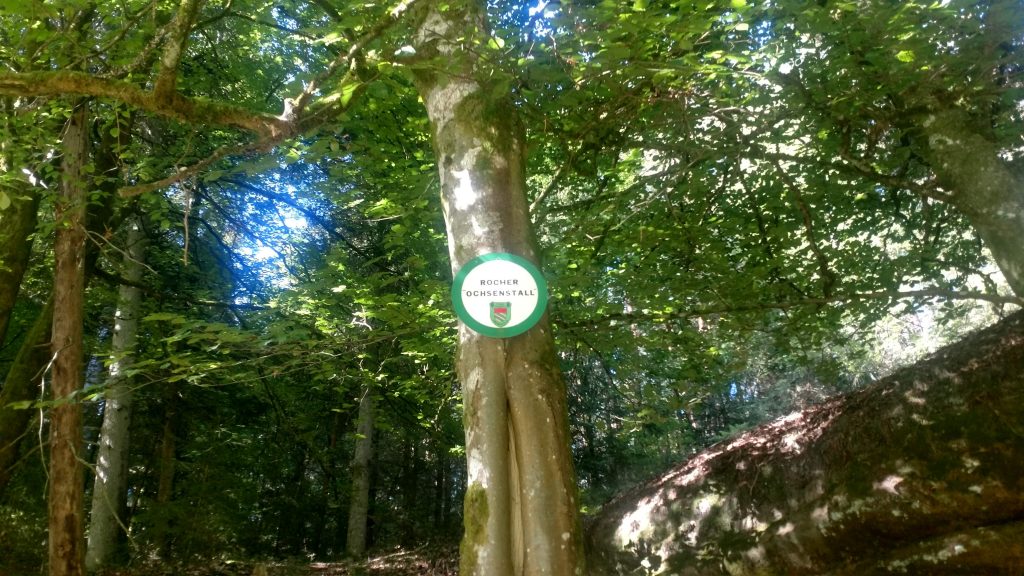 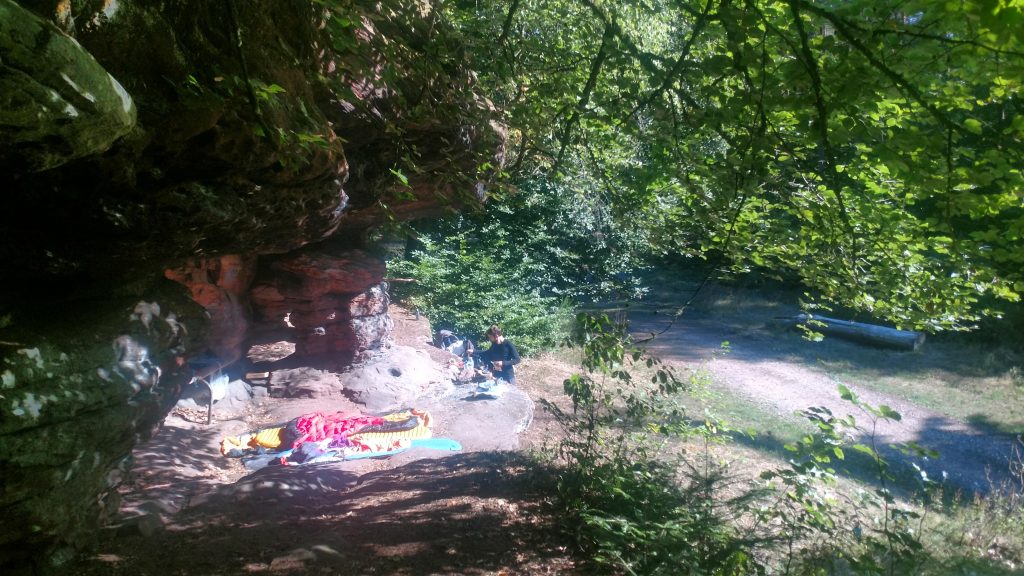 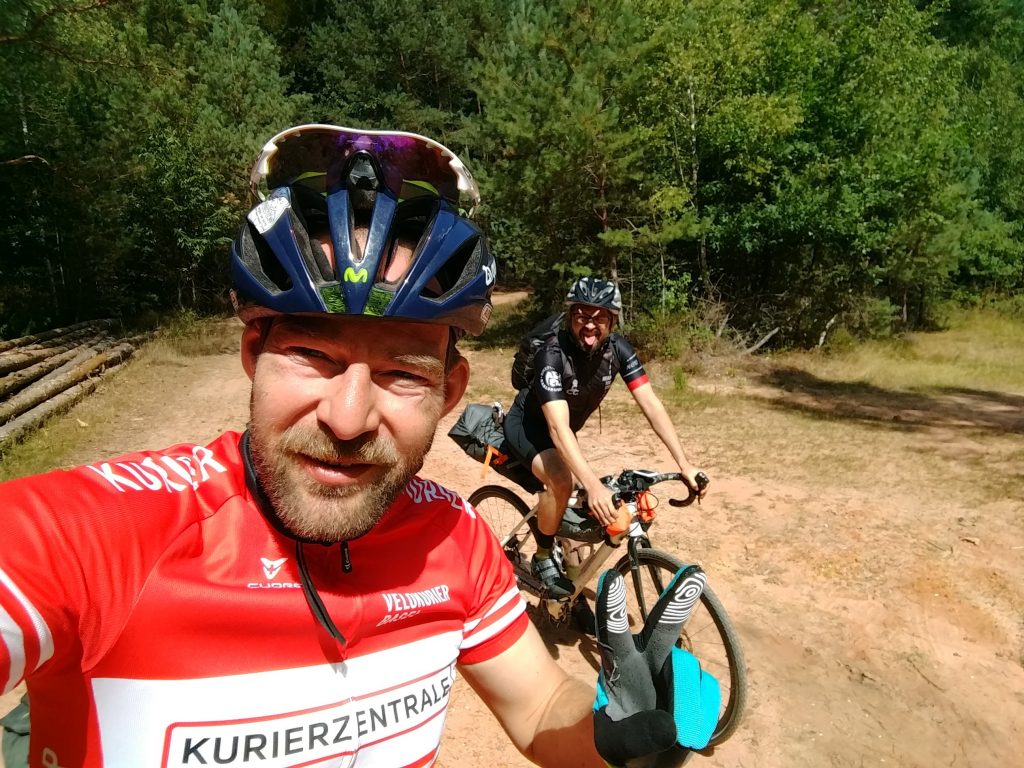 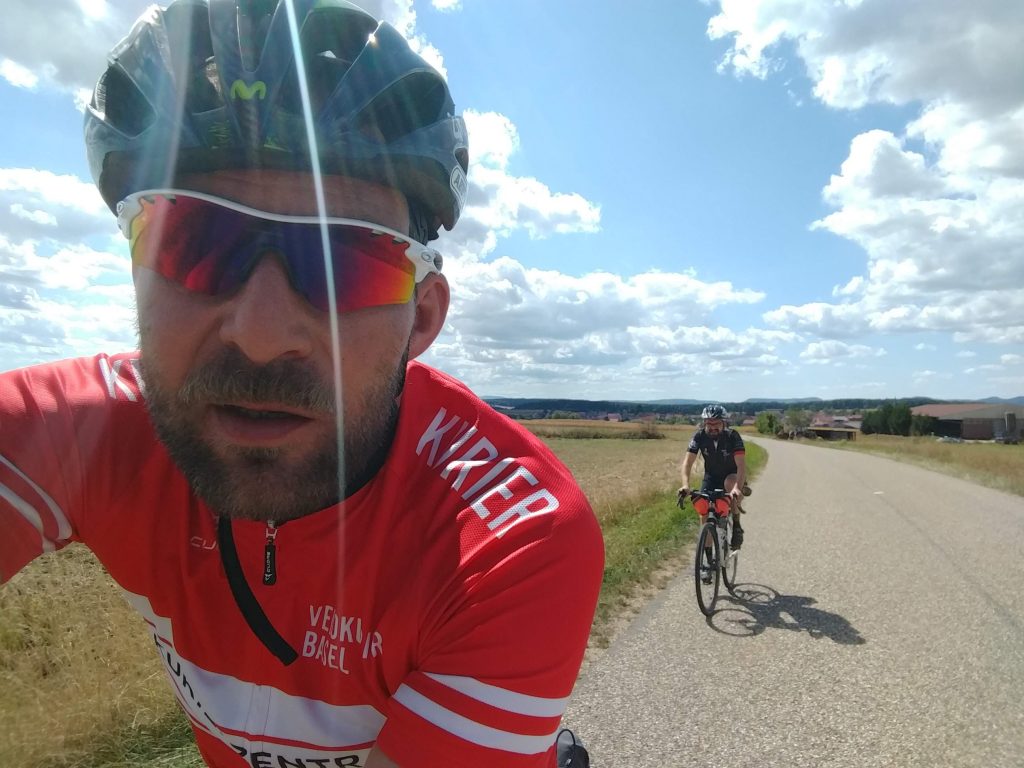 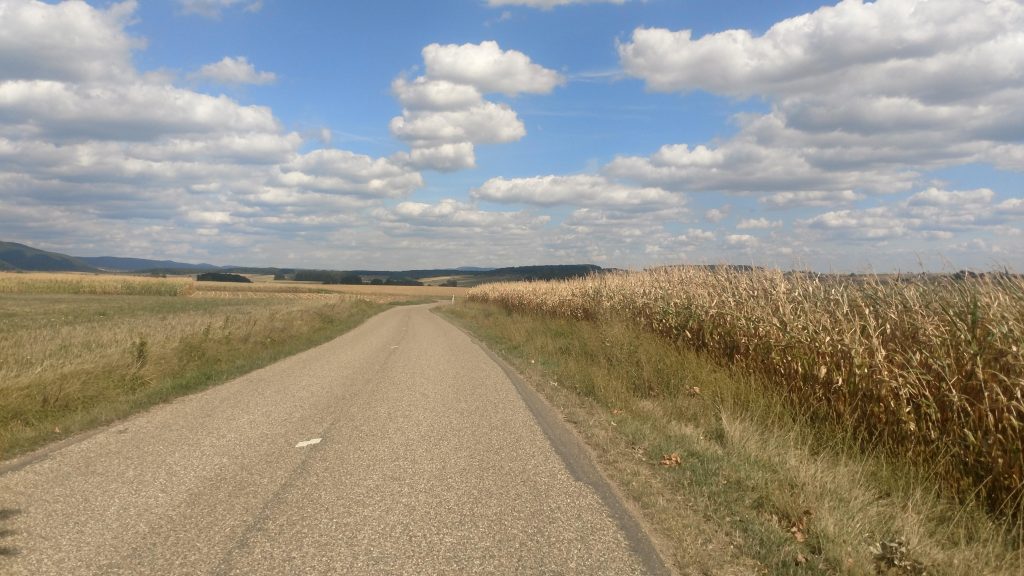 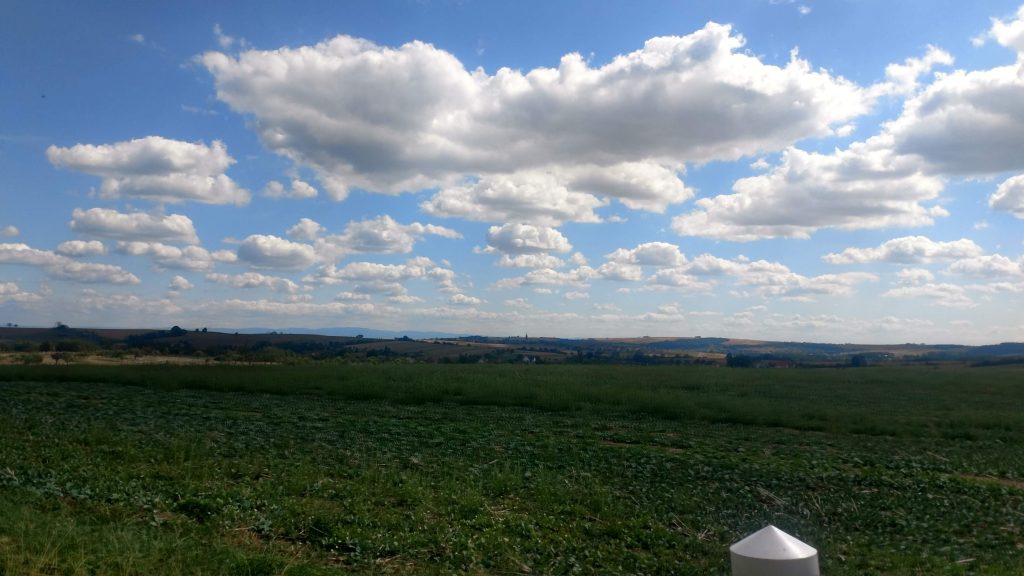 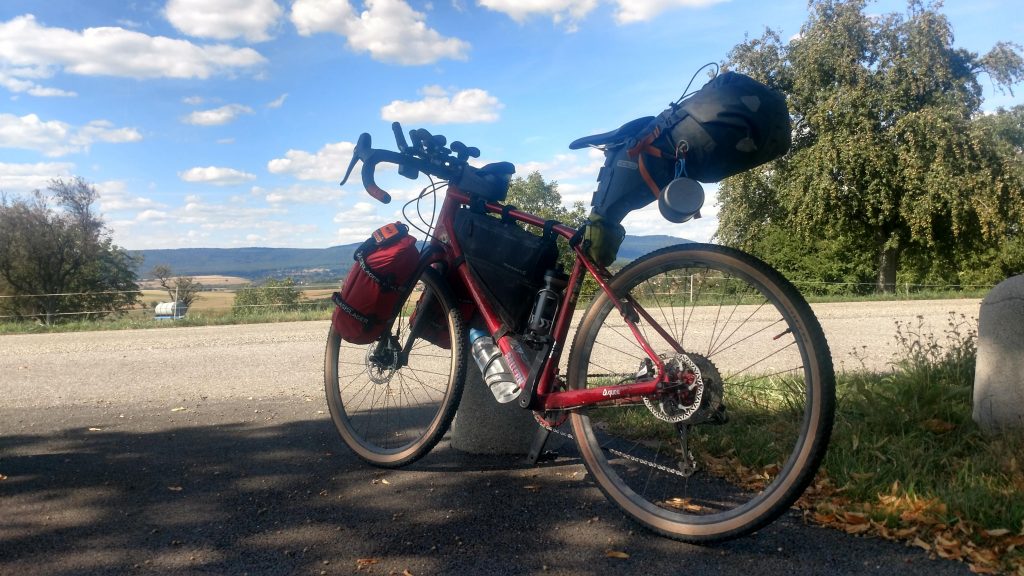 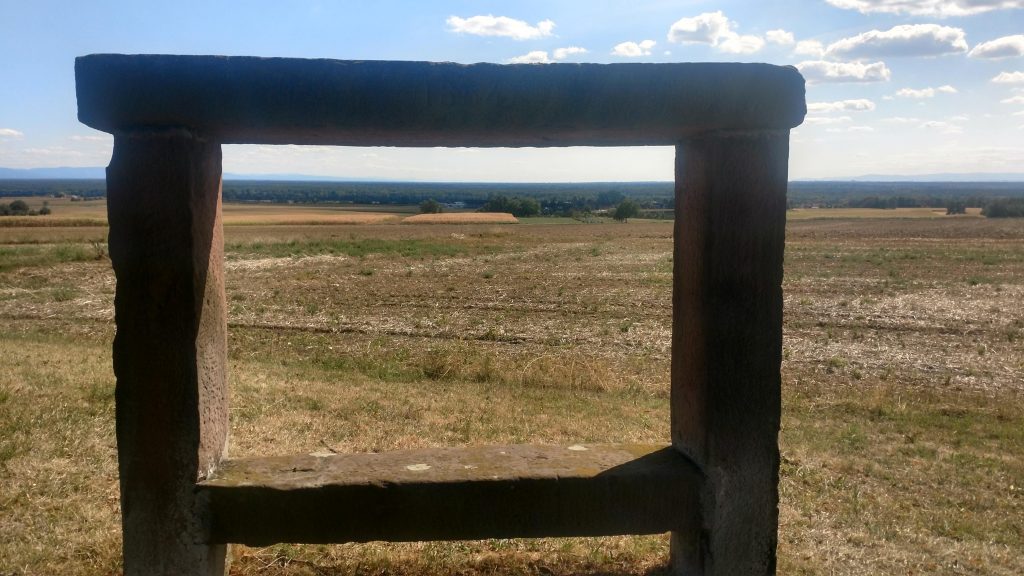