I had a few days of remaining holidays to use till the end of march, so i decided to head to Berlin (after a long time) and join the Berliner Fahrradschau. After this i wanted to ride home with the bike to get a base for this year.

Amazing exhibition, nice location.  Meeting some friends, having a few beers and talk with interesting bike touring people.  Cento was there with Pigozzi cycles which was a huge pleasure to meet him. I joined two talks which were touring related, one was of podia.cc and the other of far ride magazine, both have the right attidute for cycling/touring. There was a bike polo tournament also, also a pleasure to meet people of the polo scene i haven’t seen since some years. 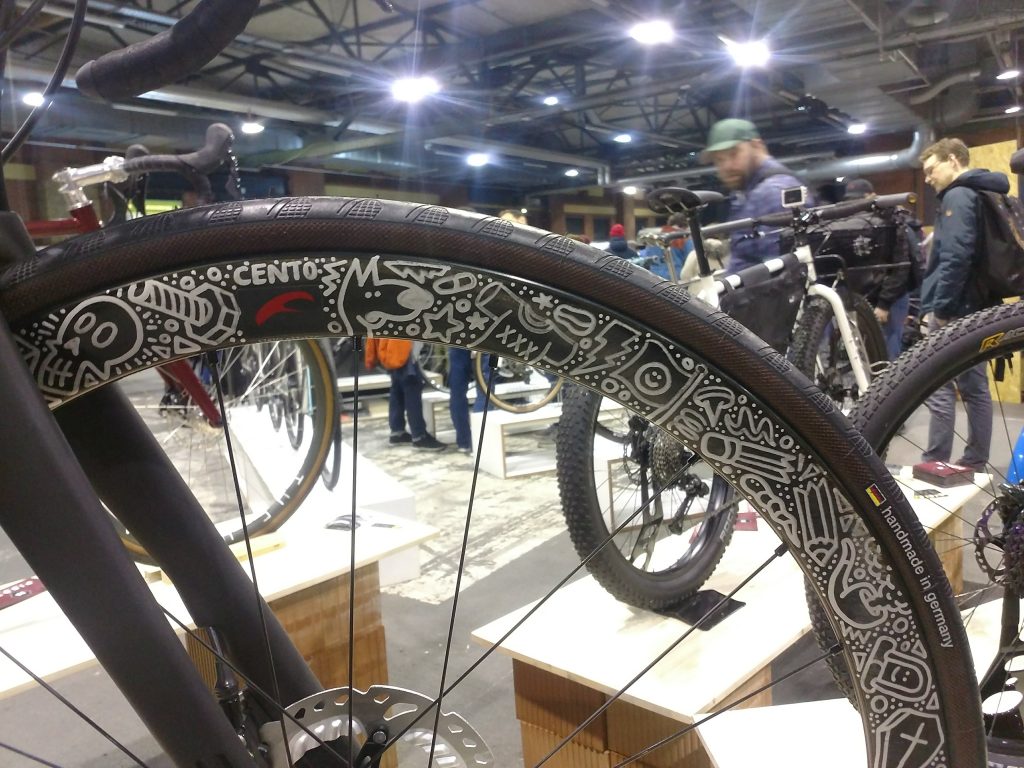 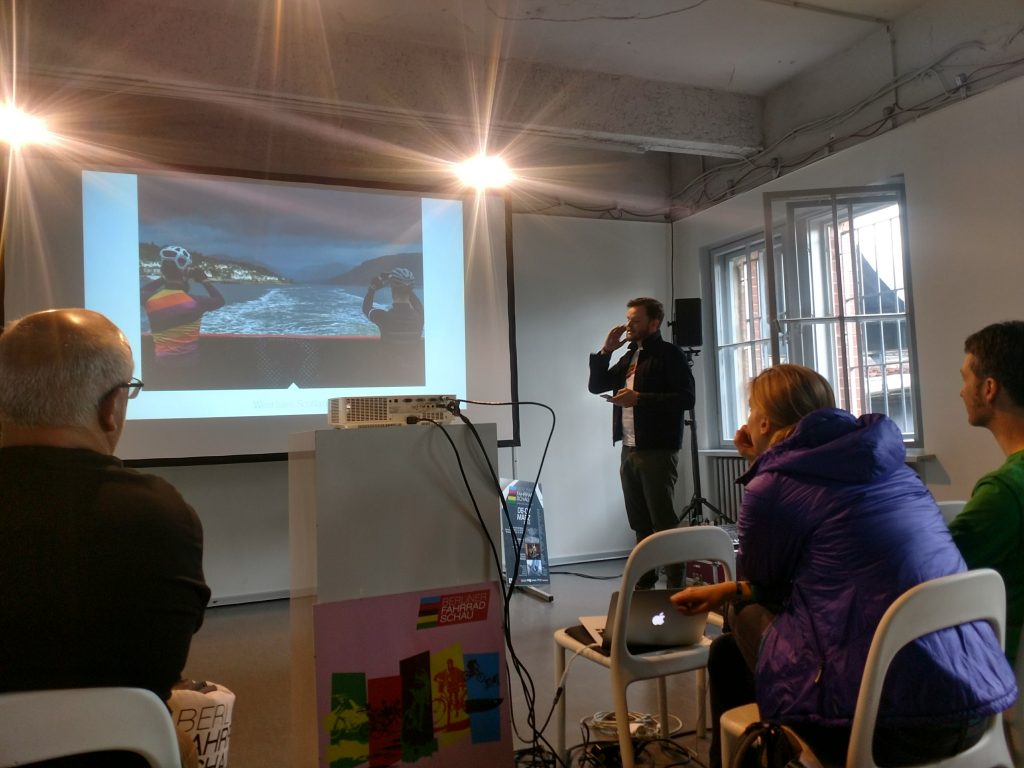 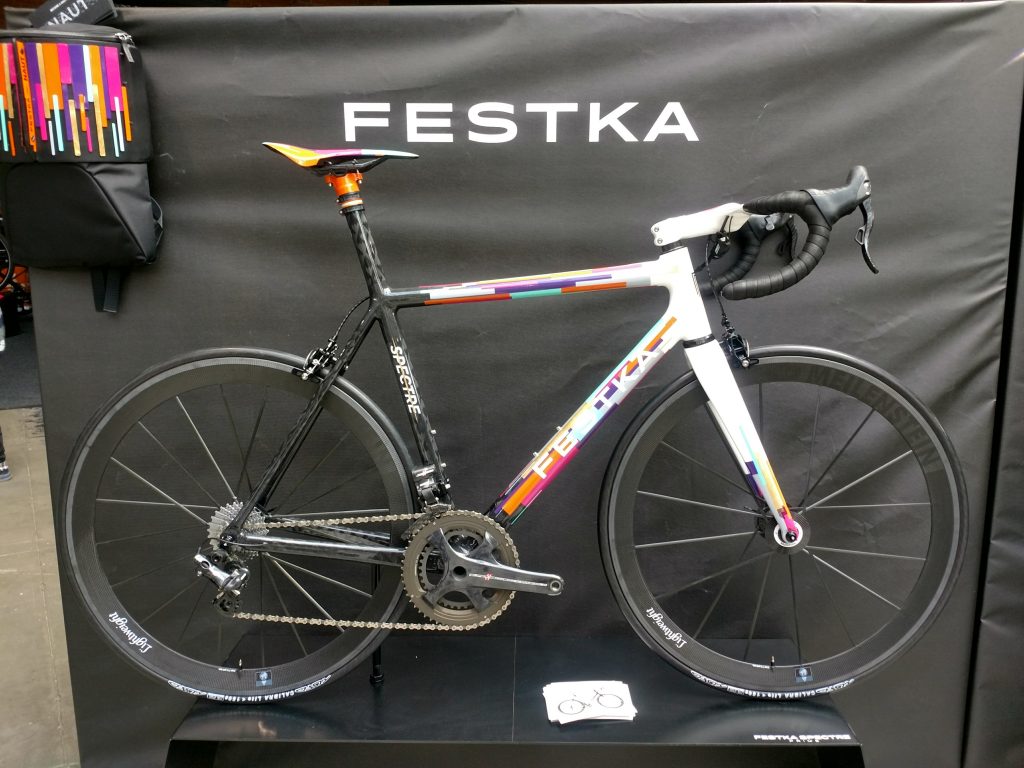 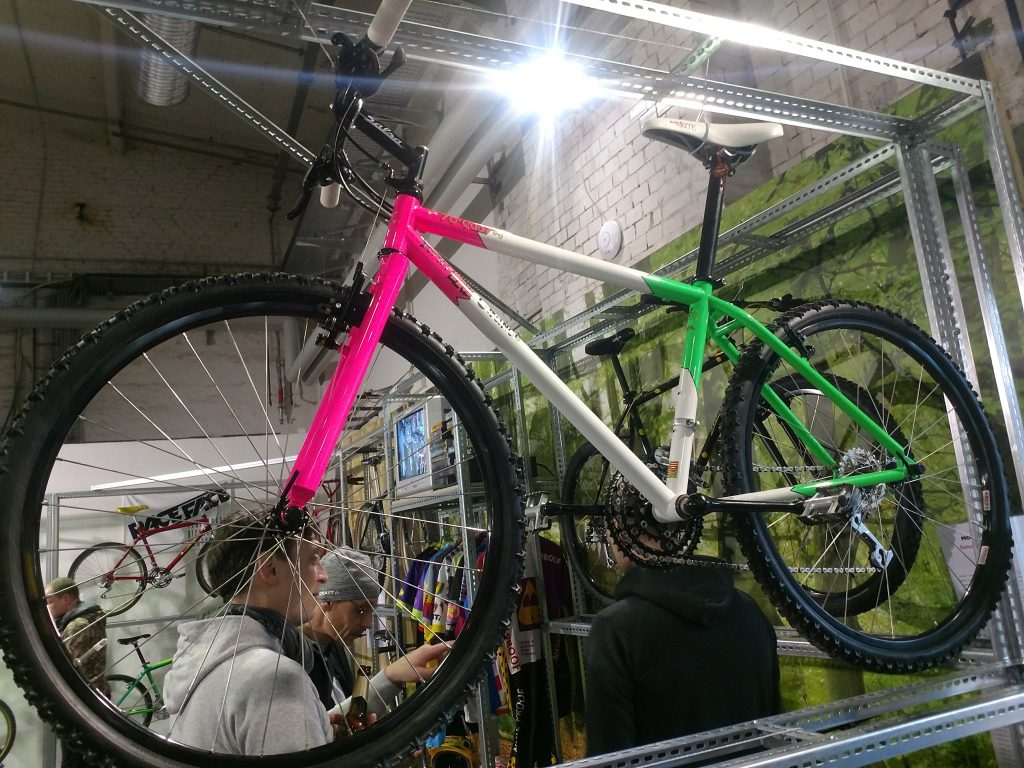 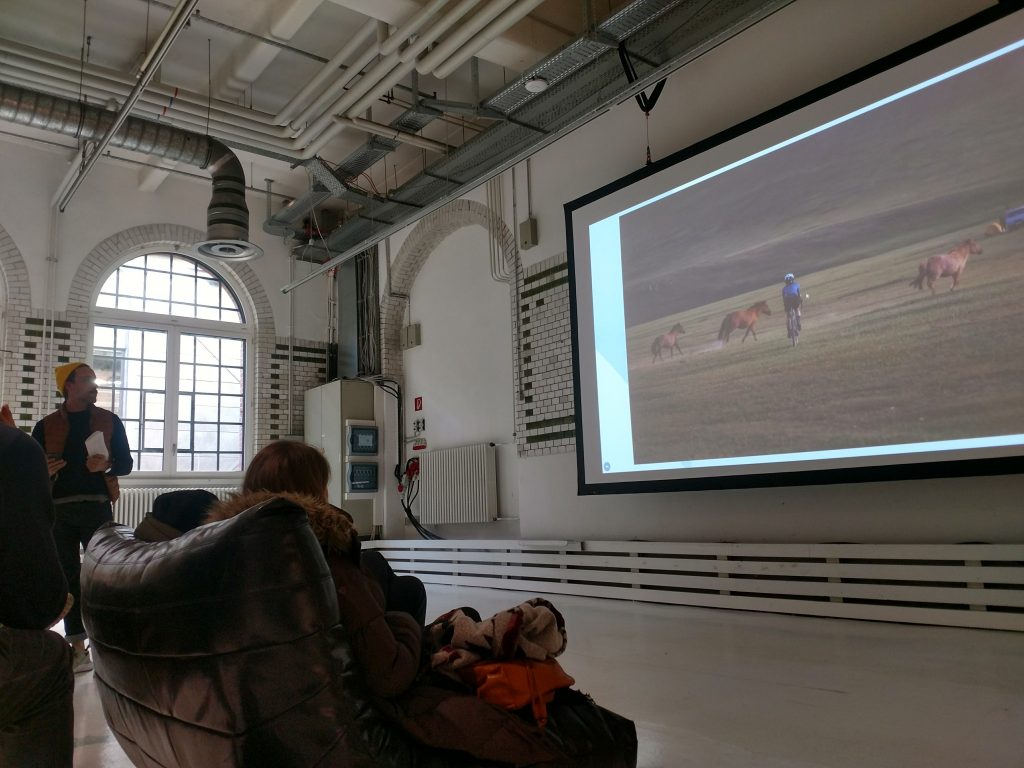 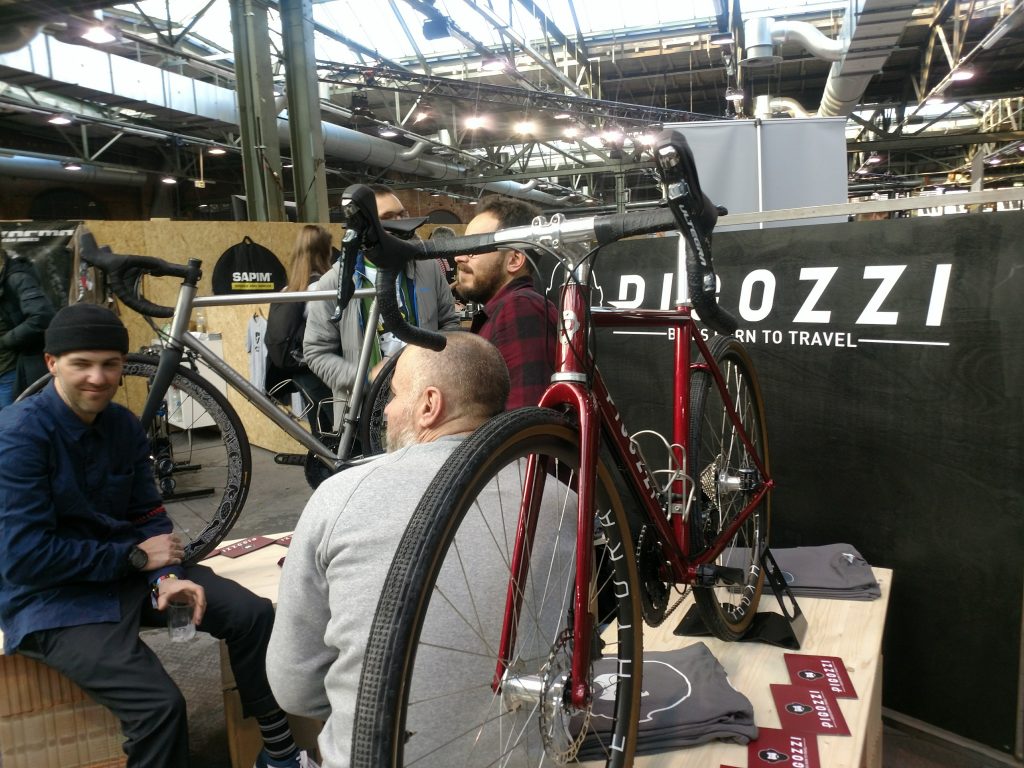 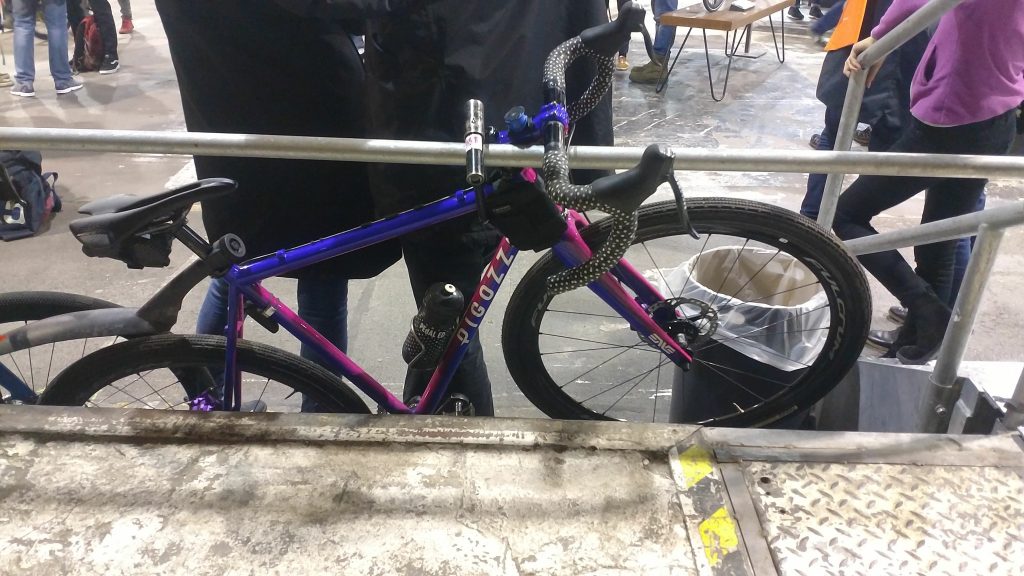 The first evening i was at the show with the boys i came to Berlin by car (Thanks a lot for that!) of Merida bikes. We had fun, some beers and discussed the bikes which were shown. The secont night i rode to the GoKart-track where the rad race was placed. Last man standing! Far away but it was the ride worth. Great atmosphere and thrilling races!

Cycling back home…. the weather forecast was not so brilliant, cold, rain, the nights a bit over 0°….

I left of my lovely hosts in Moabit, then it took a while to get out of Berlin. Berlin is just huge! It was funny to ride with a packed bike through the big city traffic. After Berlin the scenery changed to east german charm villages. Some was looking so lovely and in well shape, others ruined. I got hungry and searched for a supermarket for some food. Eating a bridge to be hidden by the wind. Later came the sun out, i took a break and let me get worm. 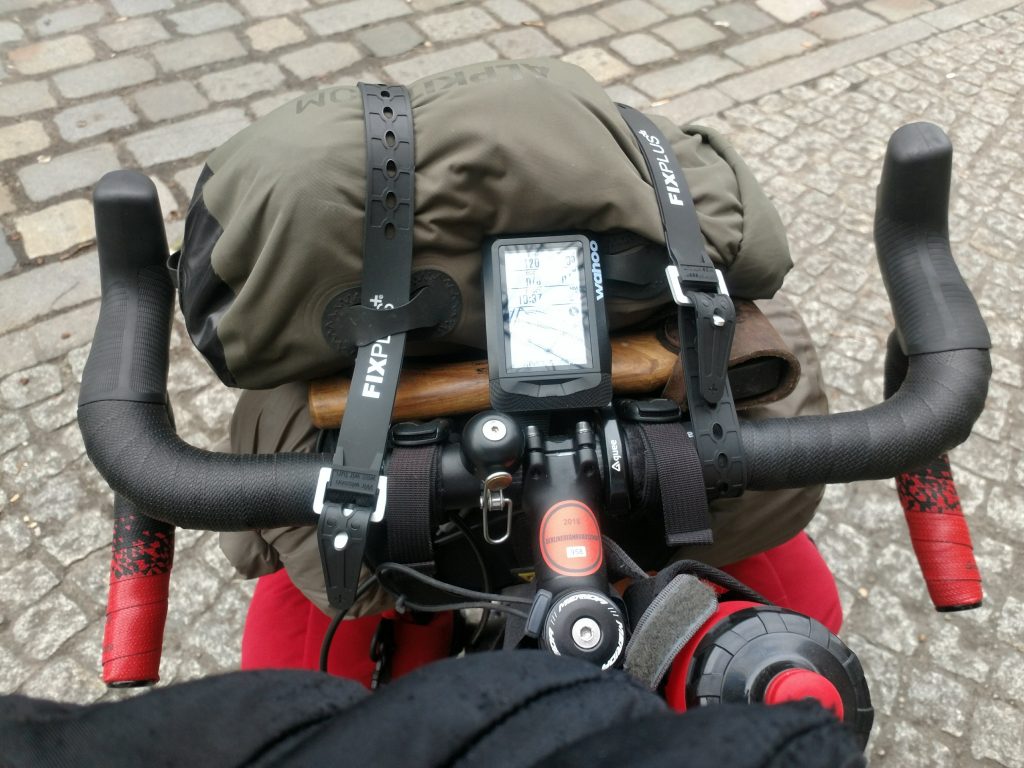 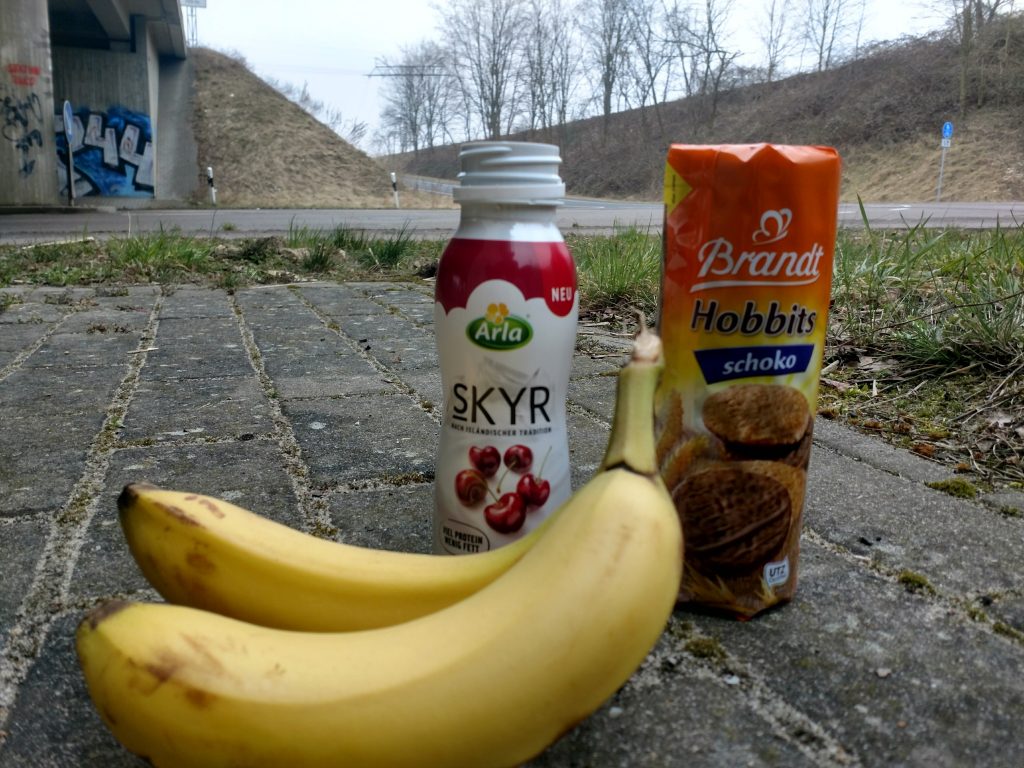 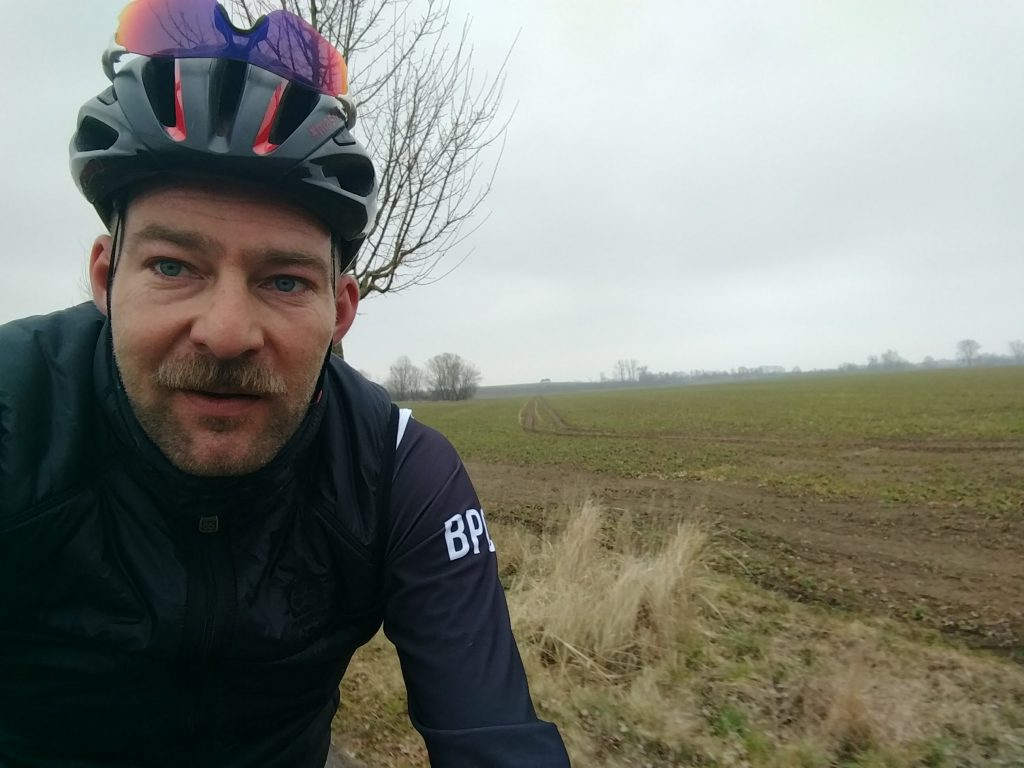 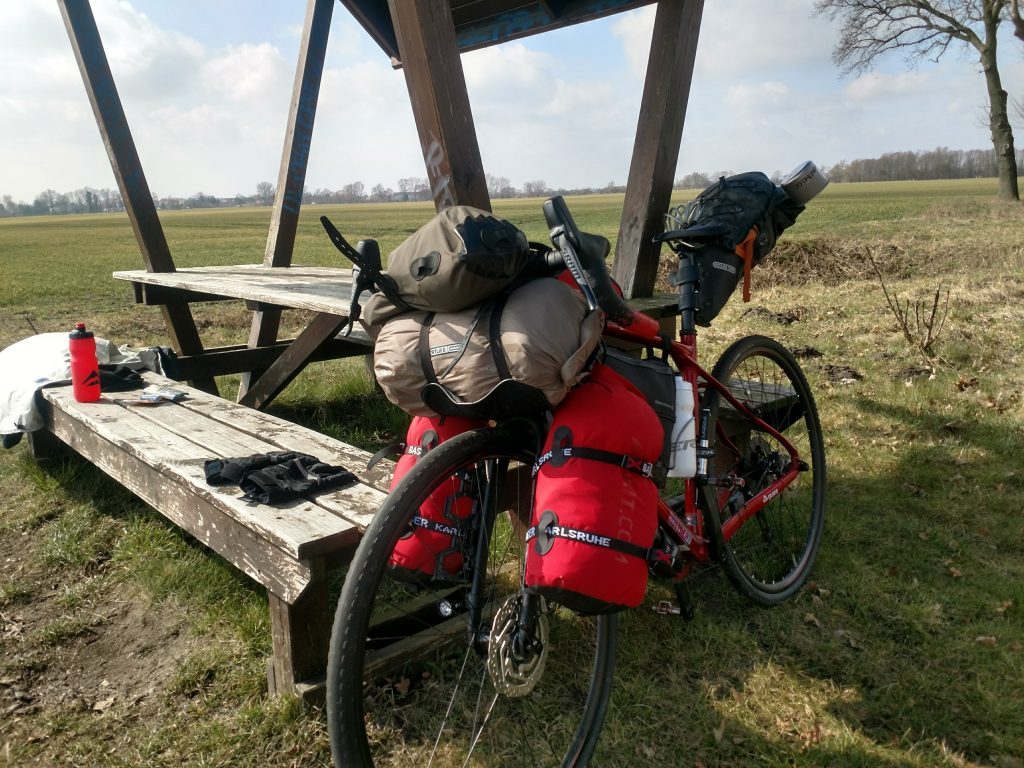 Before the trip i scouted for spots to sleep, the camp sites were mostly closed. Night number one would be beside a lake (also beside a closed campsite). For the last k’s i needed coffee to get warm and later a coke for energy. 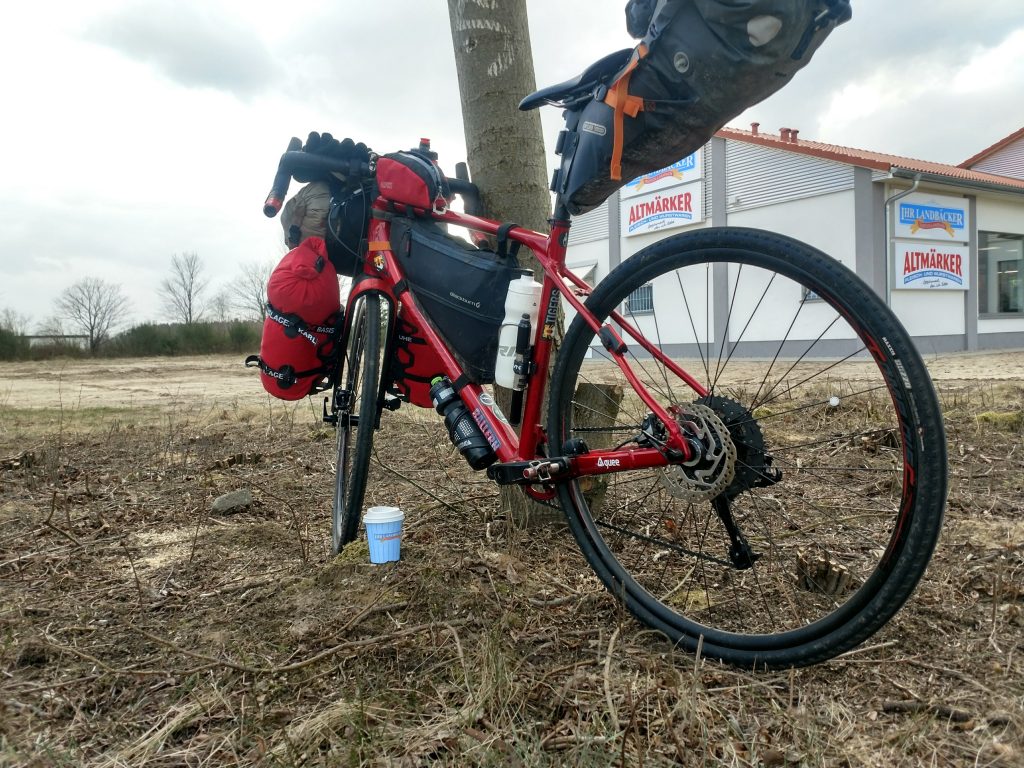 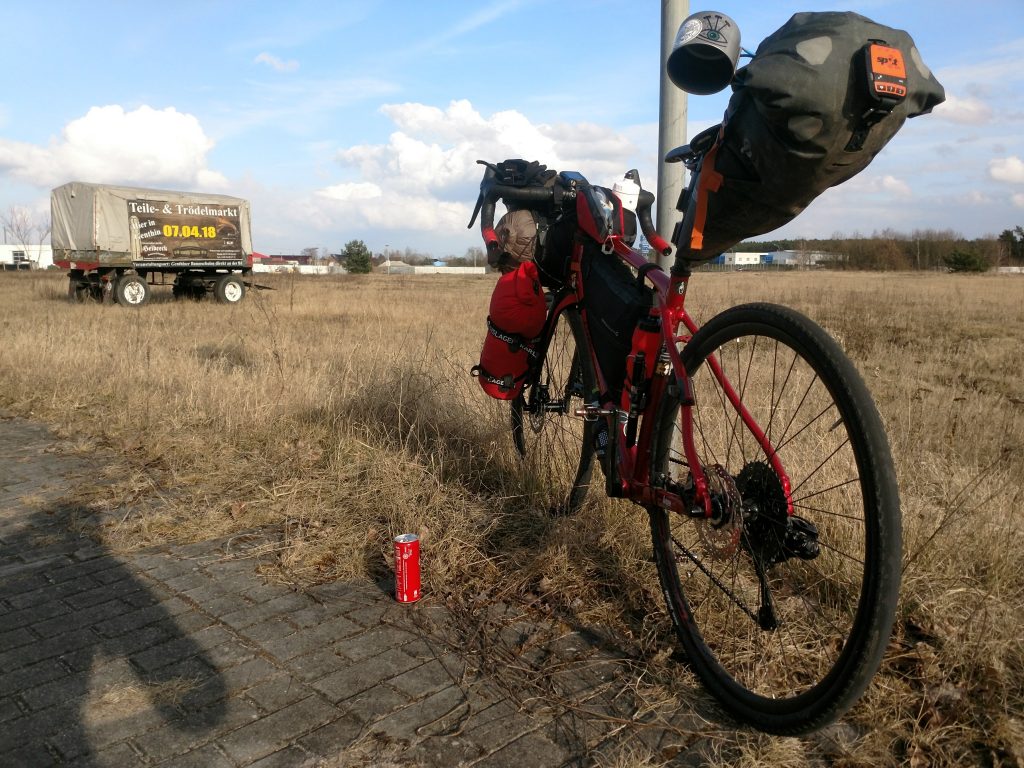 Four k’s before the lake i stopped at a supermarket to get some wine for the camp fire and then slowly rolled to lake. A good spot! When i was checking the area a heard a noise beside. It was a racoon! I’ve never seen one before. Funny situation, we both looked at each other for a few seconds, then we left the direction we came 😉 For the night i saved everything against a corious racoon. I collected wood and started the fire to get warm. Somewhen i felt in my sleeping bag….

I woke up, freezing. It had around 1° which is in combination with my sleeping bag and bivi the limit. I put all clothes on i got and made coffee… It was cloudy, foggy. Many birds making noise. During packing came the sun. Welcome pleasure. 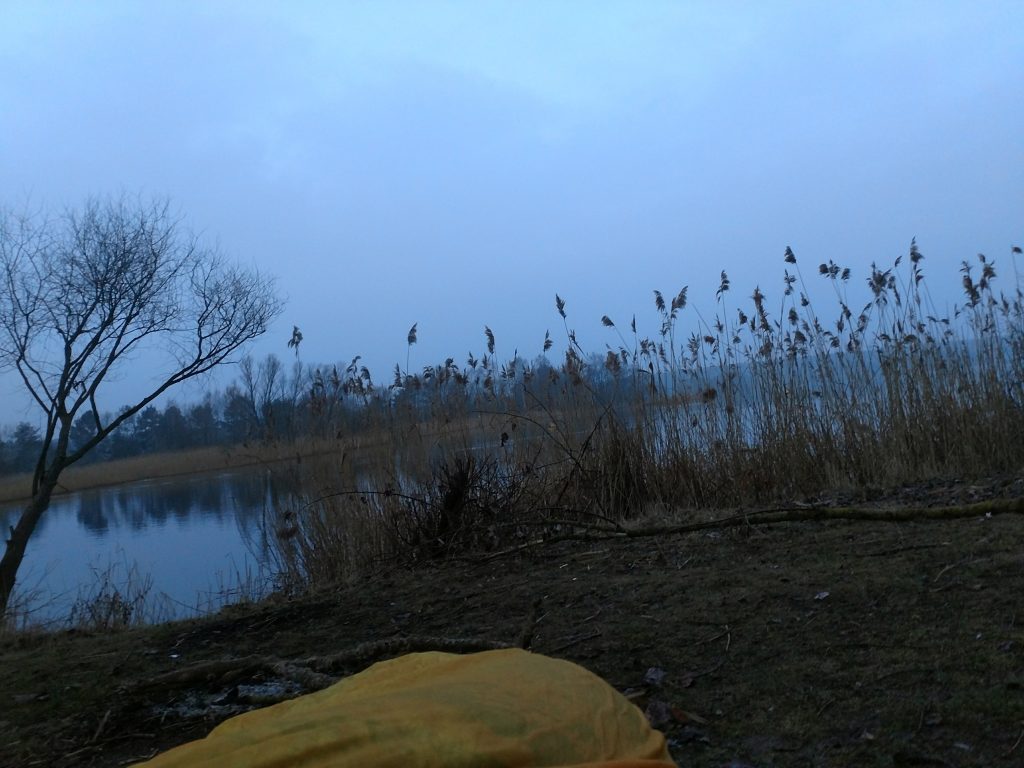 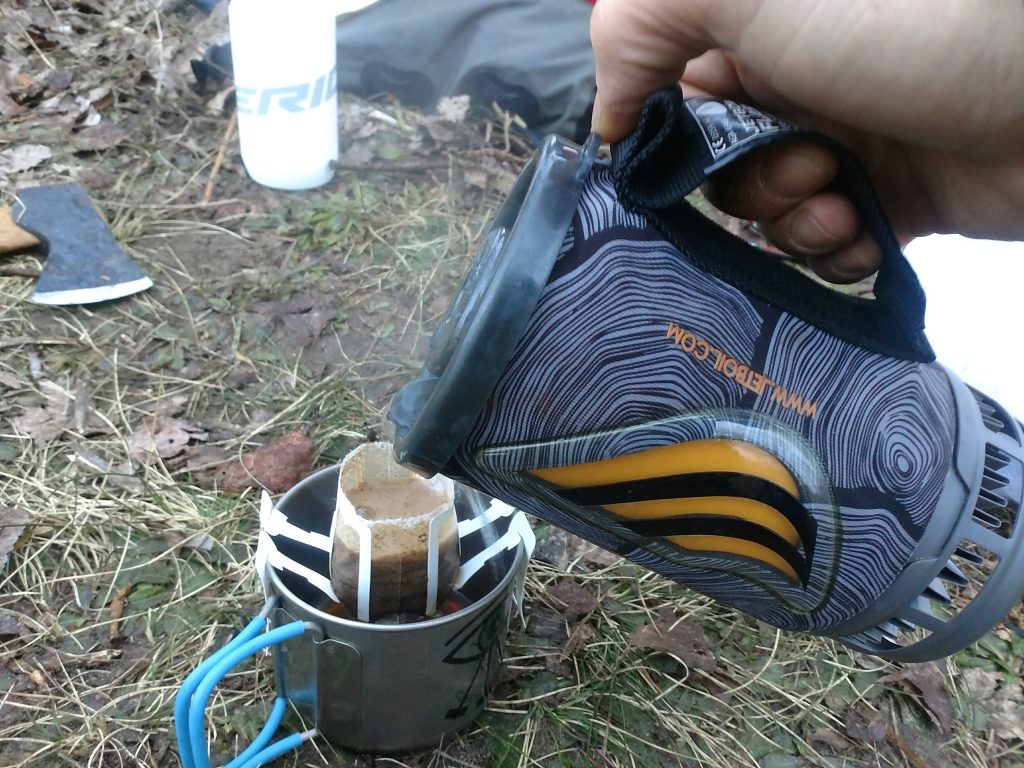 It was sunny but still cold. My route was gravel and small roads. The eastern gravel was rough 🙂 I will get more of this during the Candy B. Graveller in april…   I found a little bakery for breakfast and could enjoy it beside a small lake. I passed the midland canal with the longest canal bridge. 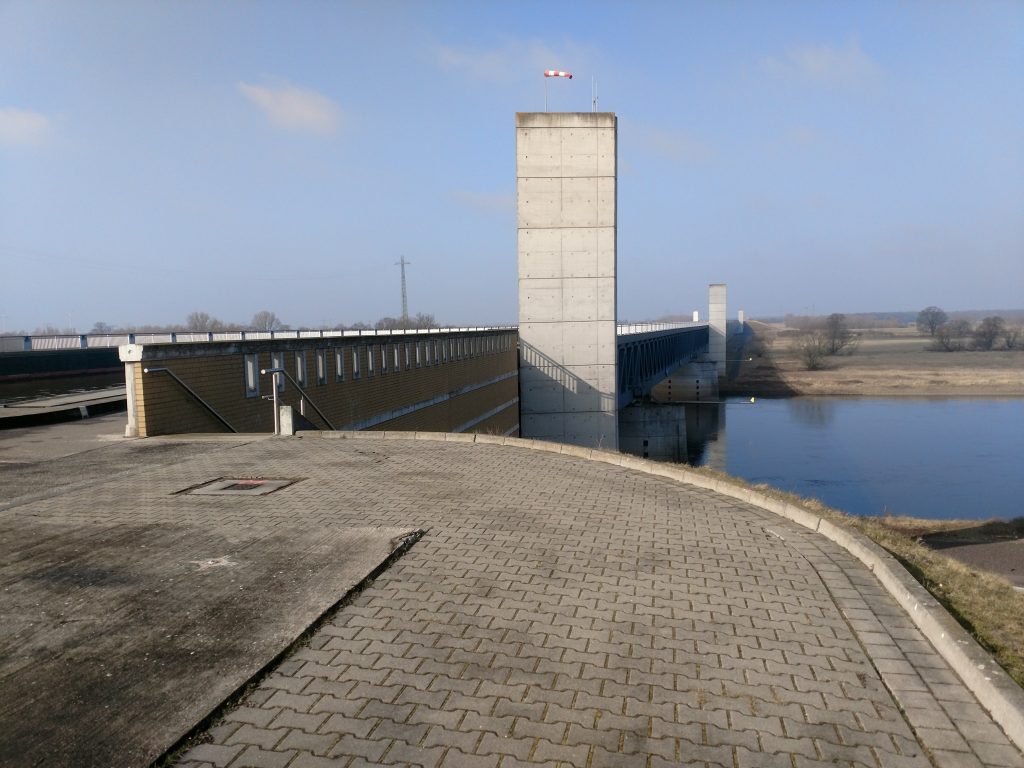 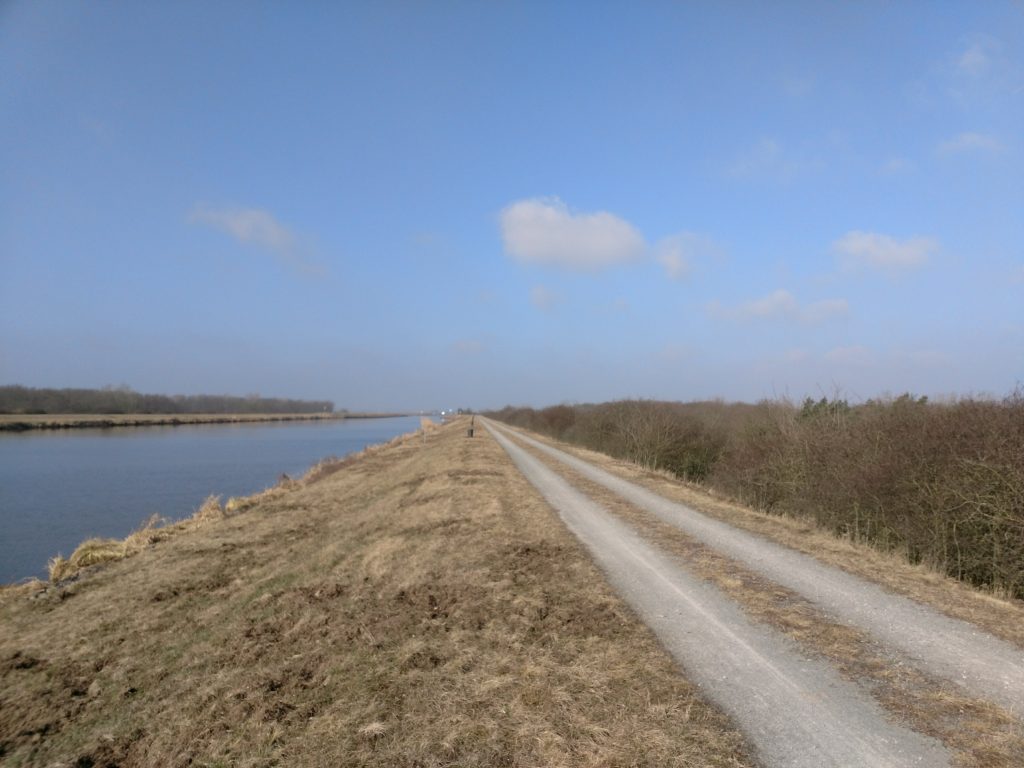 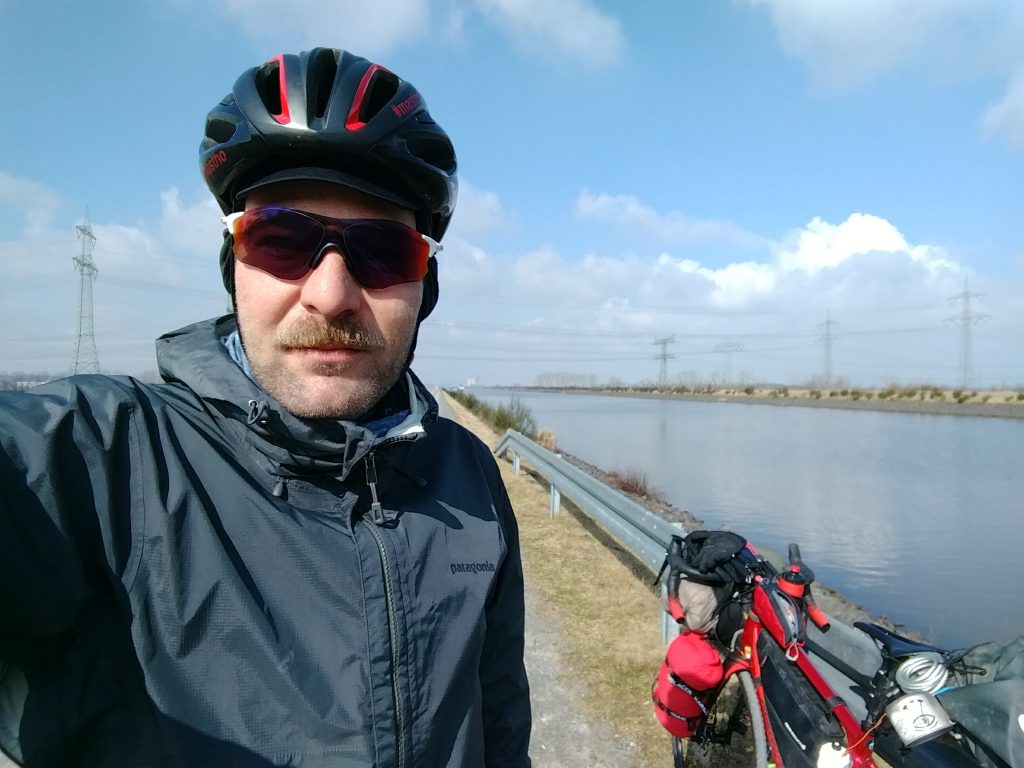 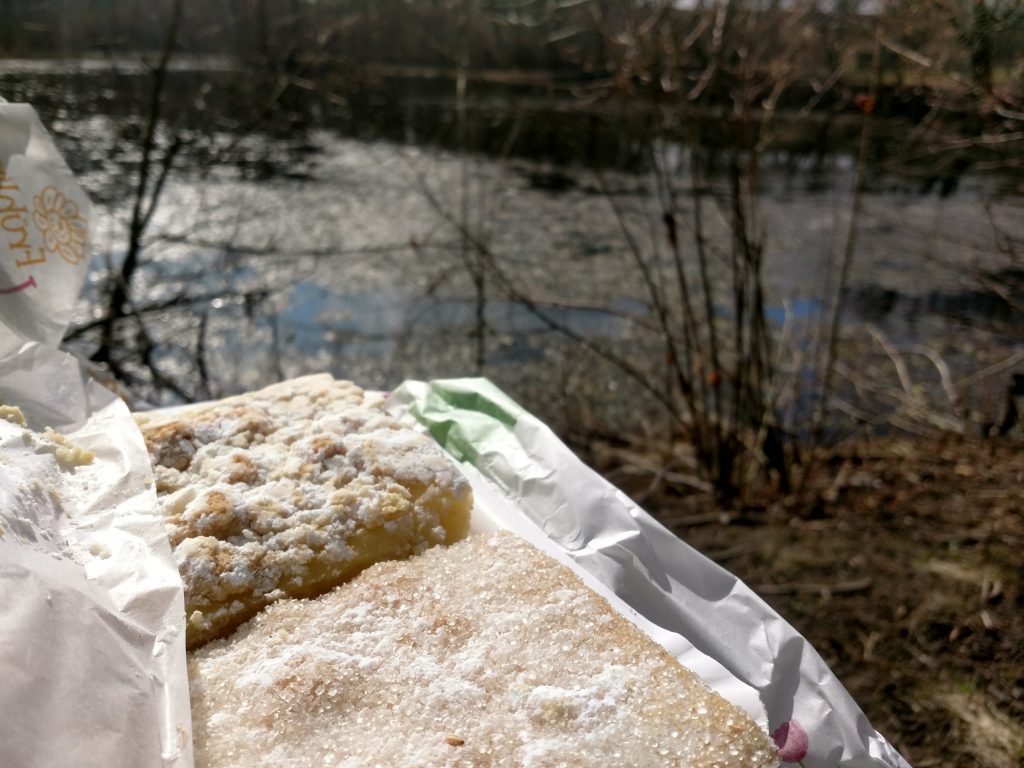 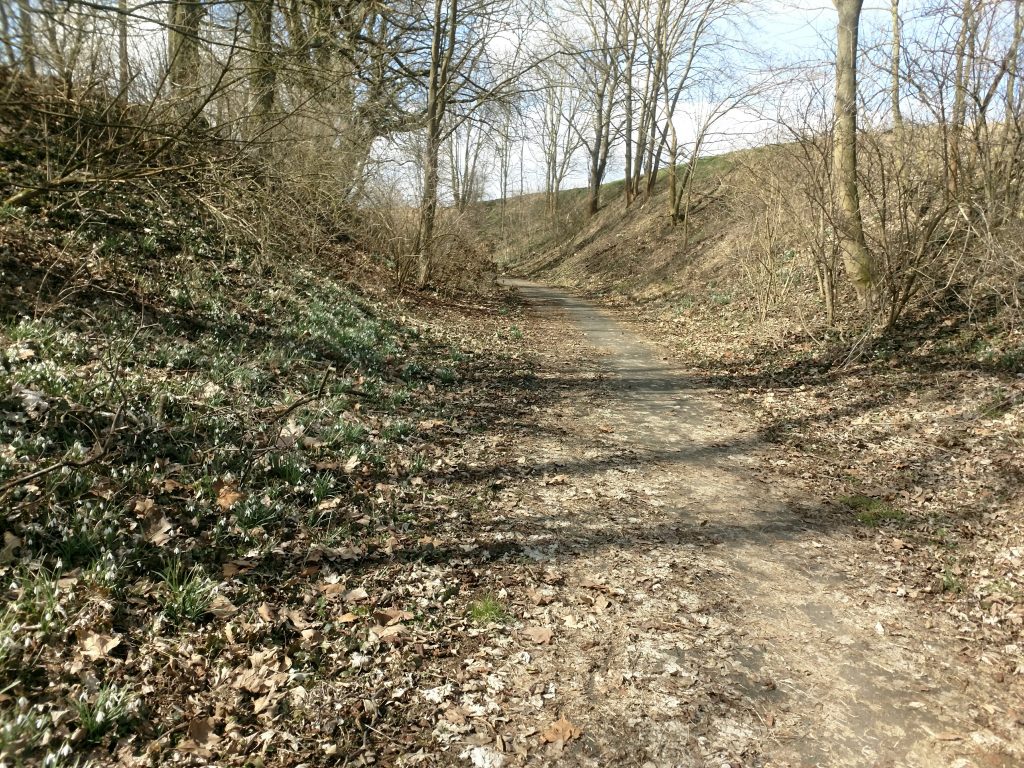 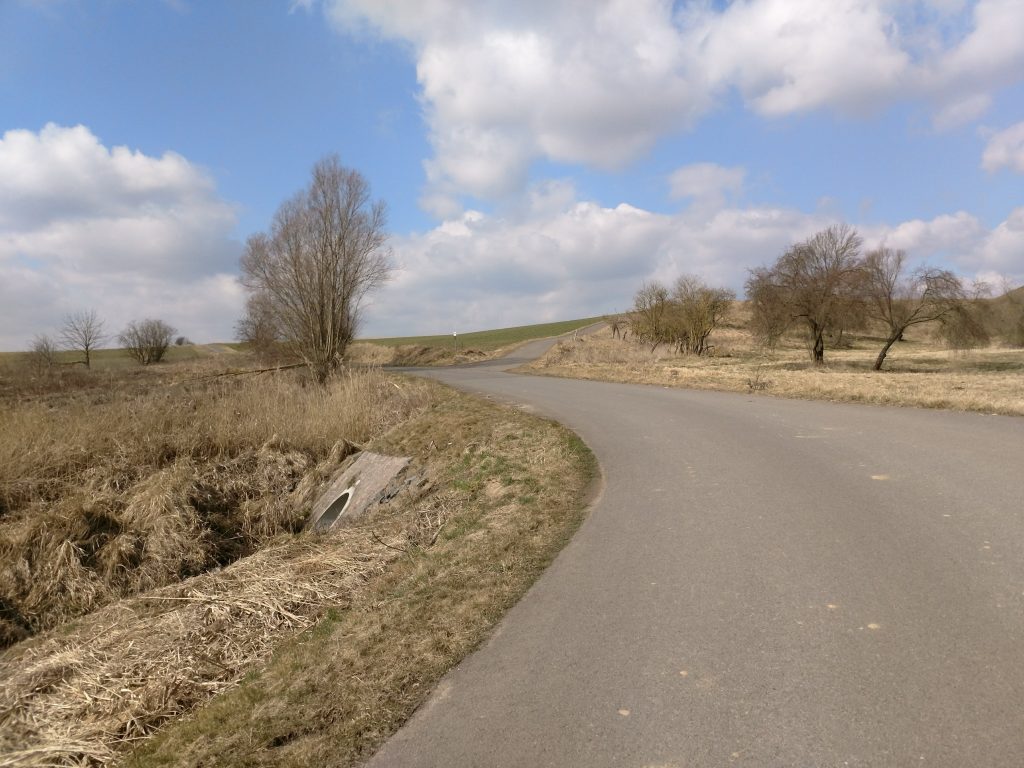 My achilles’ tendon started to hurt. Badly. I switched my route to a faster way, to relax. Now came the mindfuck what to do. Go on? Bad weather forecast (cold and rain) or take the train and relax the tendon? Riding further and gettting more pain i decided to quit my plan and take the train. I think it was the right decision. I figured out that my seatpost was too high and so i fucked my tendon. 😉 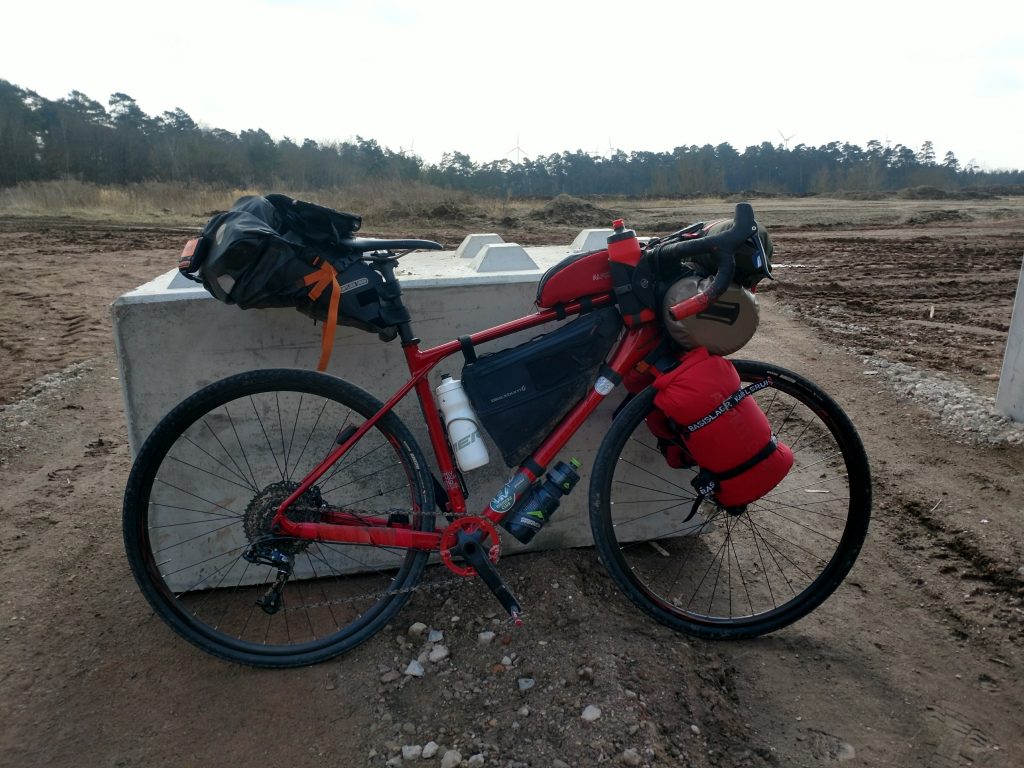 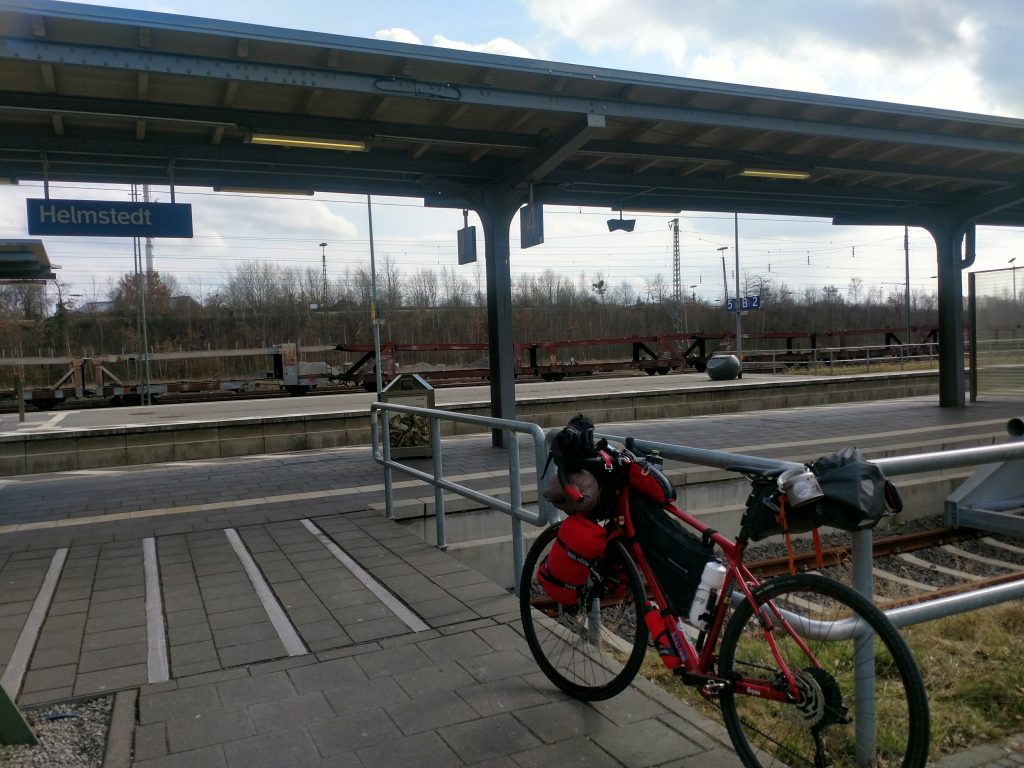 Next time, a longer ride with the new built up bike before starting a tour. After the Candy B. Graveller i will ride back home. In better shape and better weather. From Hannover i could place my bike in a first class compartment and also myself in fact that the train had no special bike stands…