Spring is back! Erik and me needed a test ride for our Tuscany Trail setups. He planned a nice trail ride in the lovely Rhineland-Palentina, to an old castle in the evening to sleep. My new 27.5b wheelset got just finished the night before! 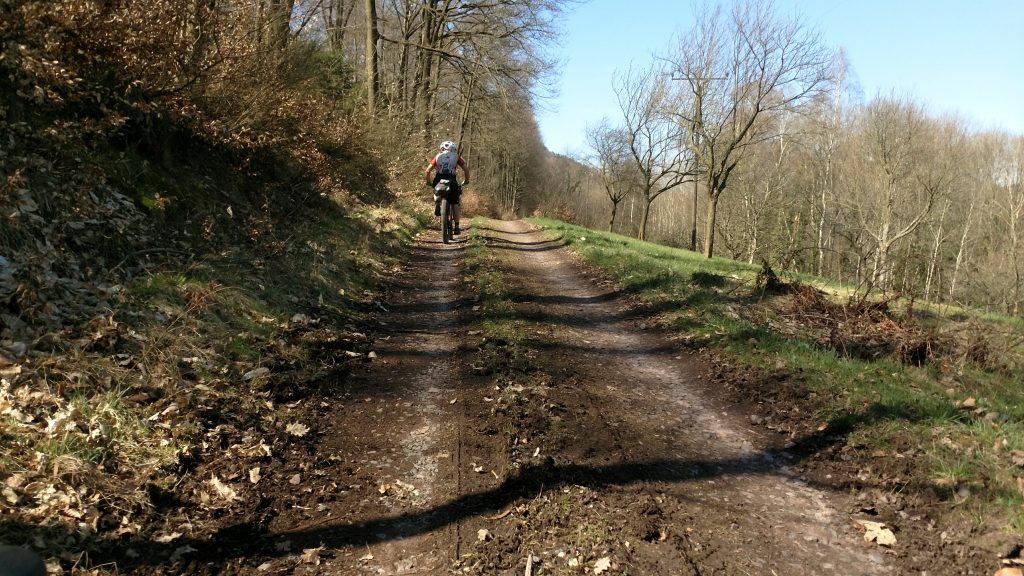 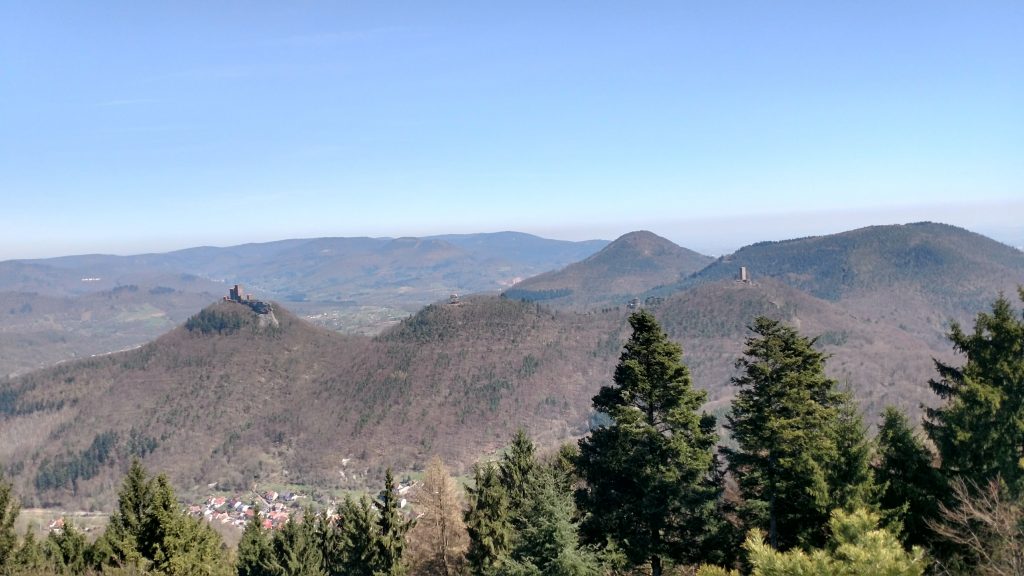 We met the morning at the train station in the sun. I was still wearing legwarmers and a jacket. No gloves! We arrived in Landau and soon we got uphill, a bit later it was time to trow away legwarmers and jacket! Delicious! Riding through wine yards heading to the woods. The first destination was the Rehburg tower, the highest spot in this region. It was an awesome view on top of there. The next location was for lunch, the local food and wine with sparkling water. Finally we got some fine cycling lanes and came to a supermarket to buy diner. BBQ and wine. After that waited 5 k’s of uphill to the castle, hard ones…. 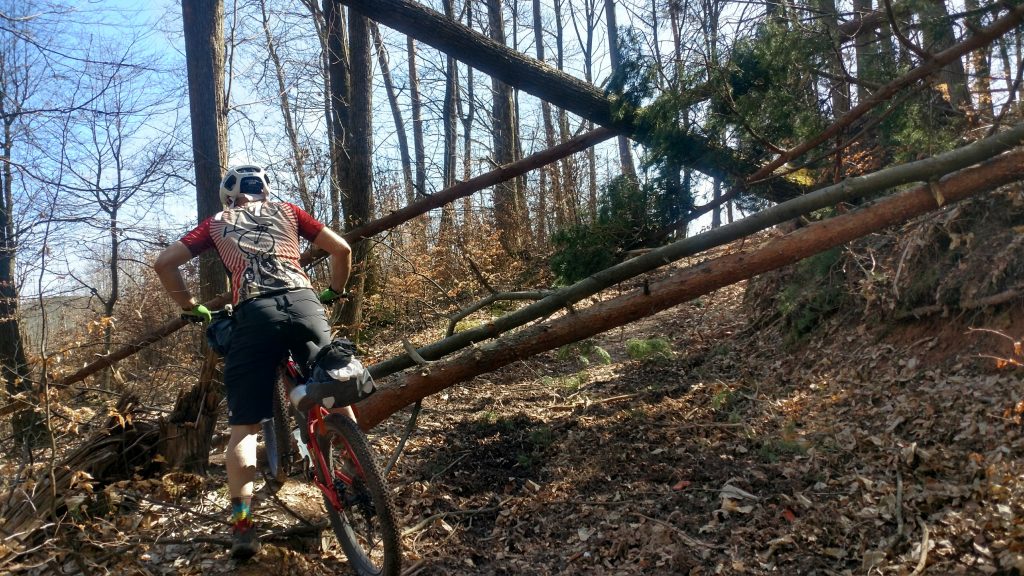 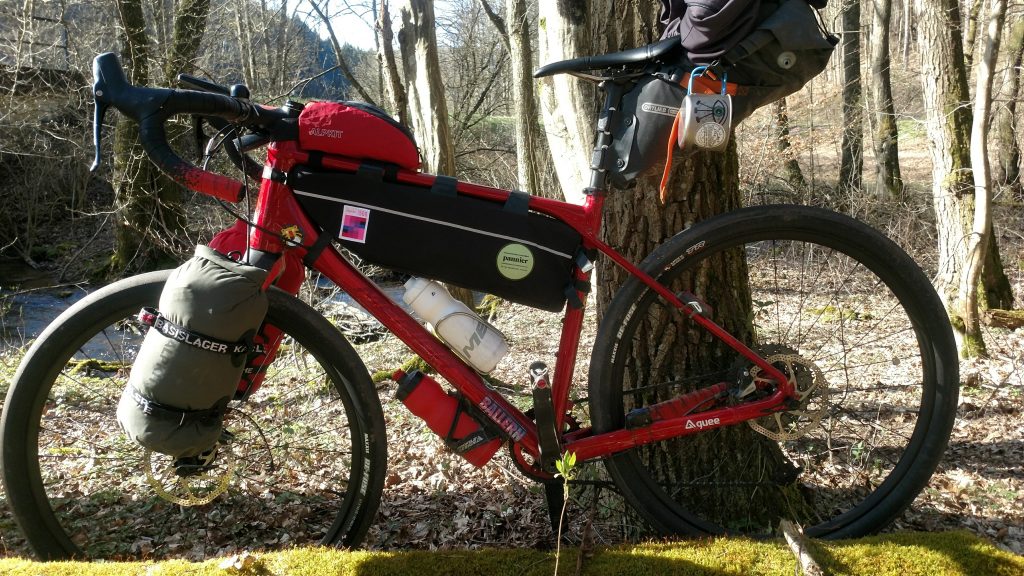 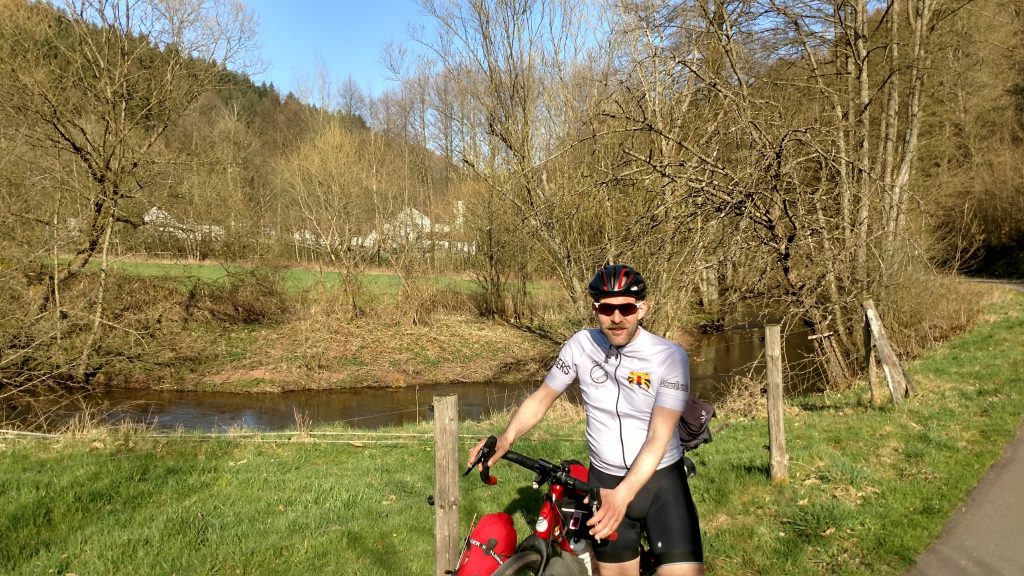 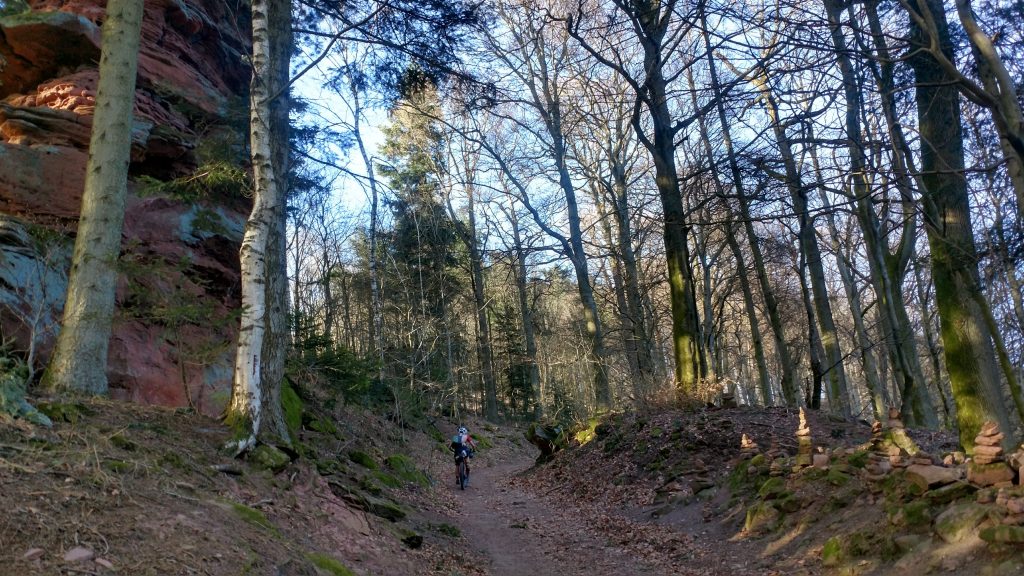 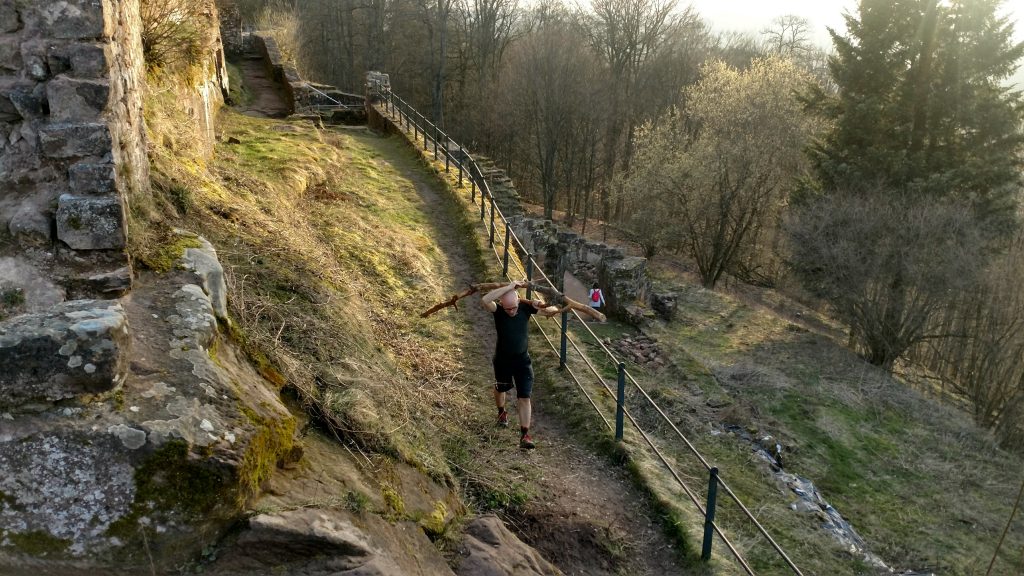 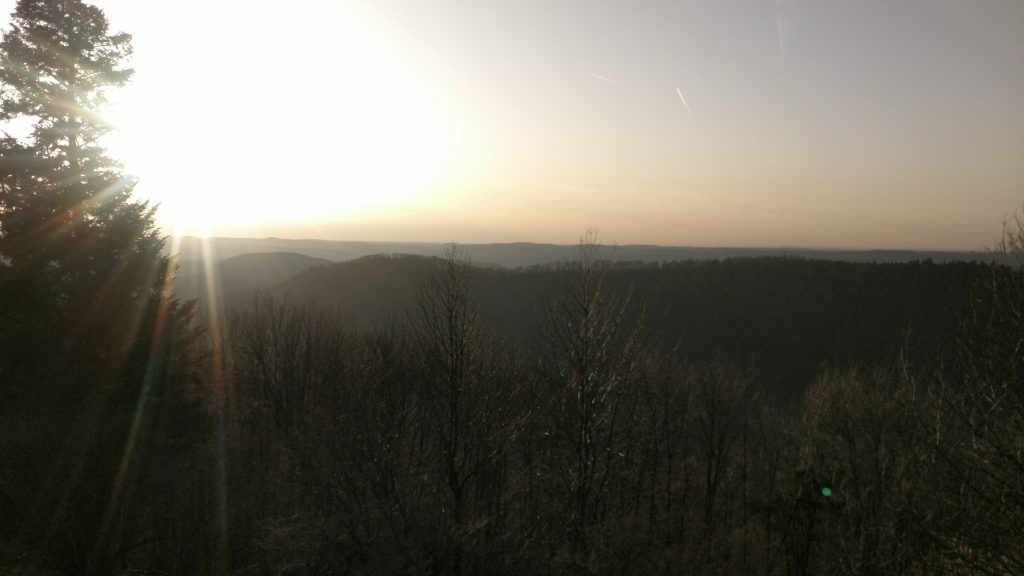 Finally we arrived and started to collect wood for the camp fire. There was a bunch of belgian photographers to shoot the sundown. By the way… the sun down was great! We started the camp fire for our BBQ. The day was so awesome, i made my mind that free, not thinking about anything… Only enjoing the time with Erik and cycling! In the end an awesome castle, camp fire and then go to sleep with the stars above. What else do you need? Waking up. Another bunch of photographers is hanging around, taking photos of the sunrise. The scenery is quite awesome. I told Erik to make coffee, he was the barista today 😉 It was already warm enough for wearing only short setup up at the castle. Too good! Having three espresso and then starting to pack for the way home. The first two kilometers were really hard because were workers before in the woods for making wood and the track were a mess. Muddy and muddy. After that we had just awesome bike lanes. In Wissembourg we had another coffee and an eclaire to get energy for the rest of the way till the Rhine river. After we settled with the ferry on the other side we had lunch at a snack beside there which was really overcrowded. In Karlsuhe we had Radler in the sun before our ways diverged. 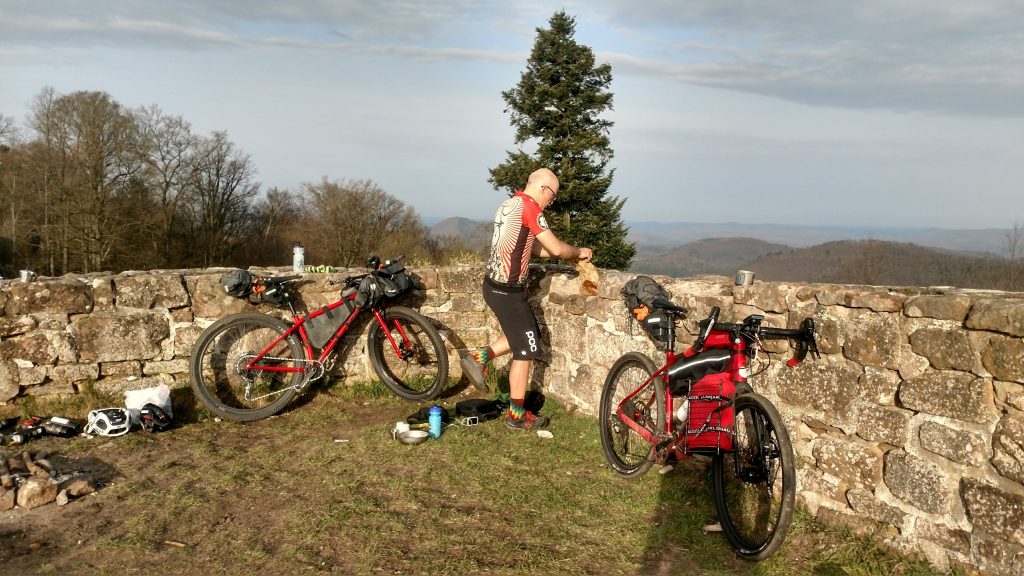 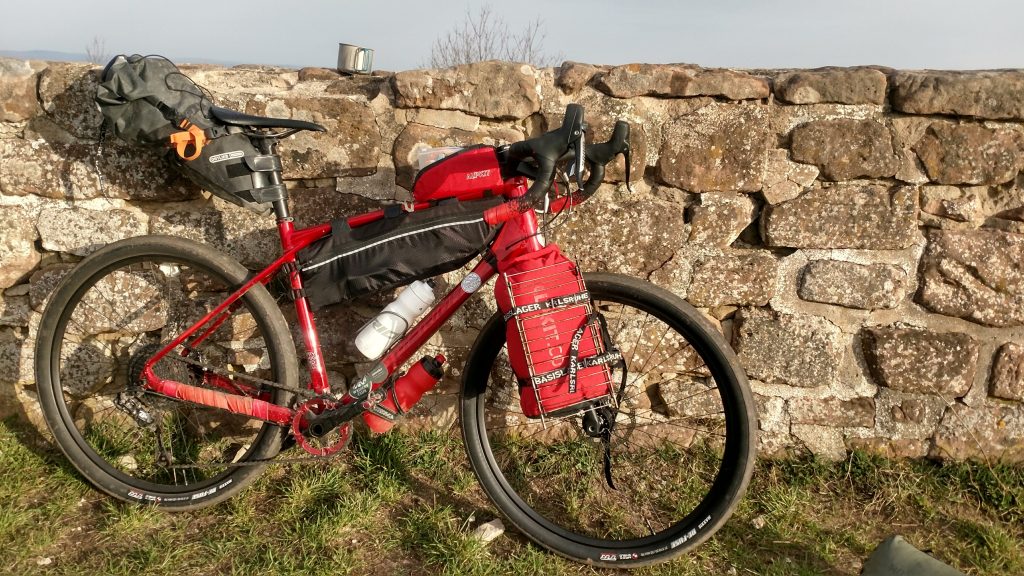 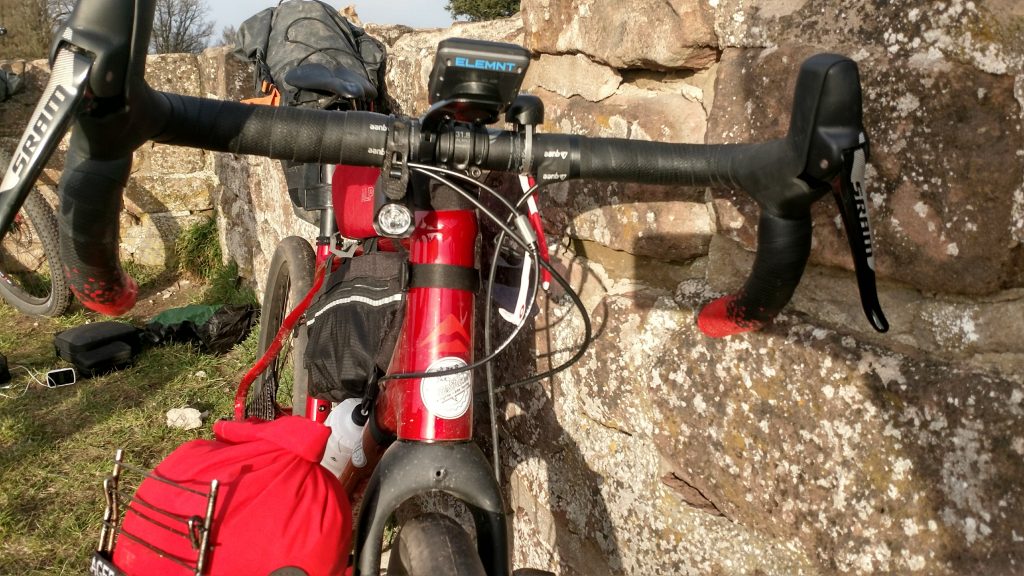 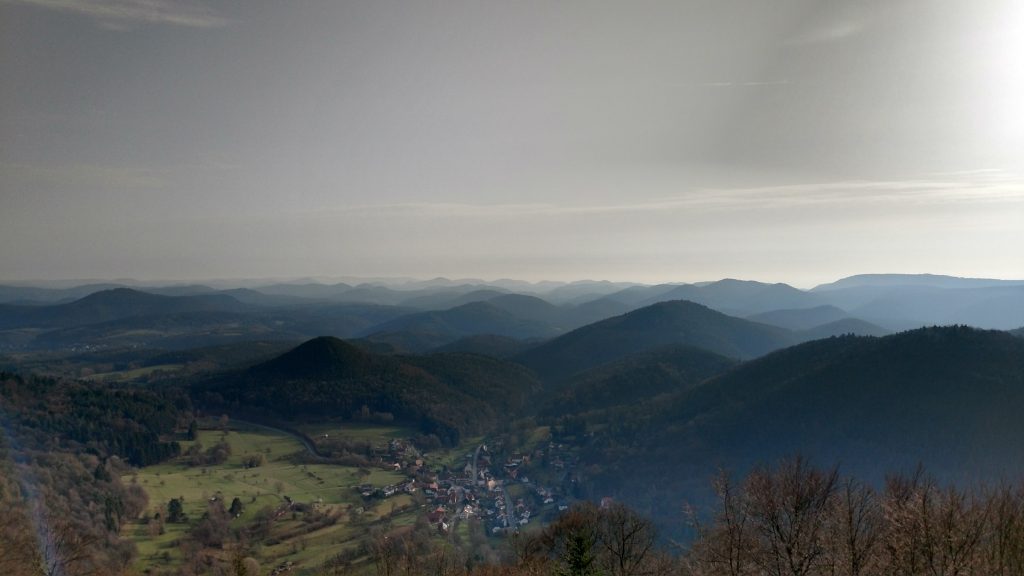 That was an so fucking awesome weekend and freed my mind! Thank you Erik! Waiting for Tuscany Trail! 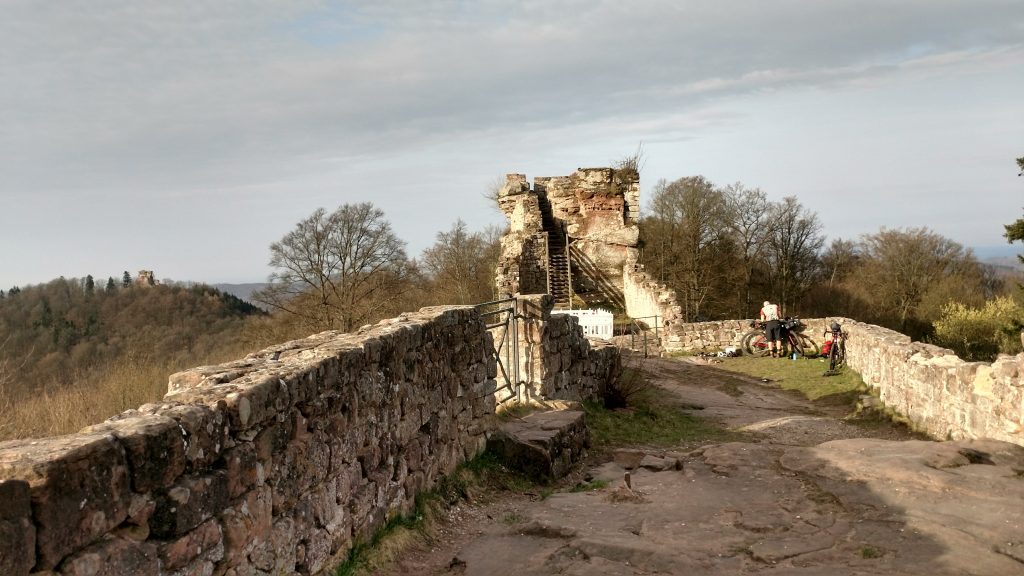 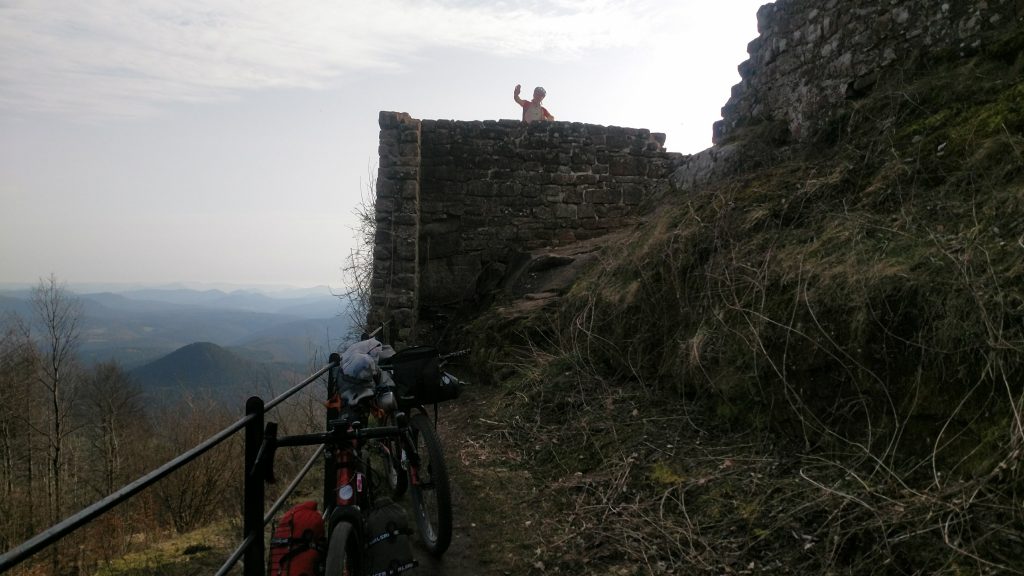