Kopfbuchturm – with Bo and Mathis

Another Overnighter with Mathis! YEAH! This time i invited Bo (who is very interested in the Tuscany Trail for next year) to do his first bikepacking tour and overnighter. In the middle between Basel and Karlsruhe is Offenburg (Mathis and me) a good place to start in the middle of the black forest. We figured out the Buchkopfturm as destination for the night. (Yes, the tower has it’s own website 😀 ) We had many lovely forest paths, cycling paths and some tarmac on the way. Mostly without traffic, but with nice spots during the ride. Finally we shoppped in Oppenau before the final climb. We had delicious cake at Café Müller, passed the Ofenloch-hut and a picknick place with cold beers in an automate. 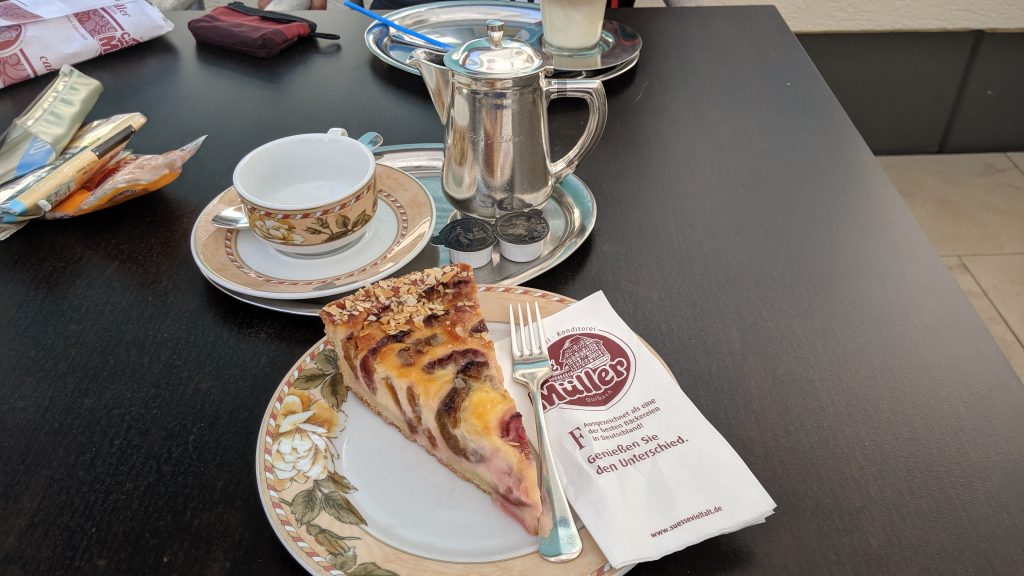 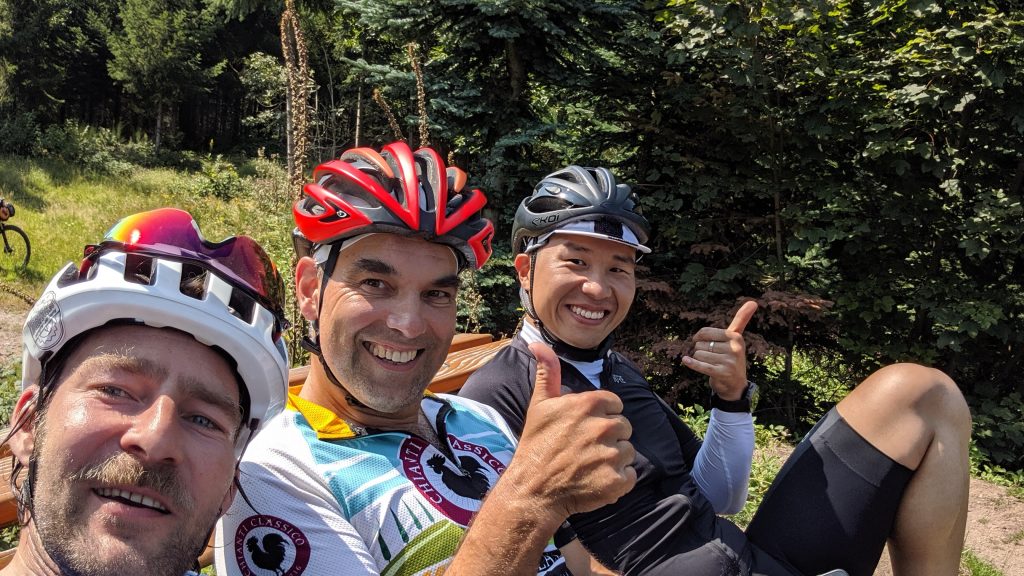 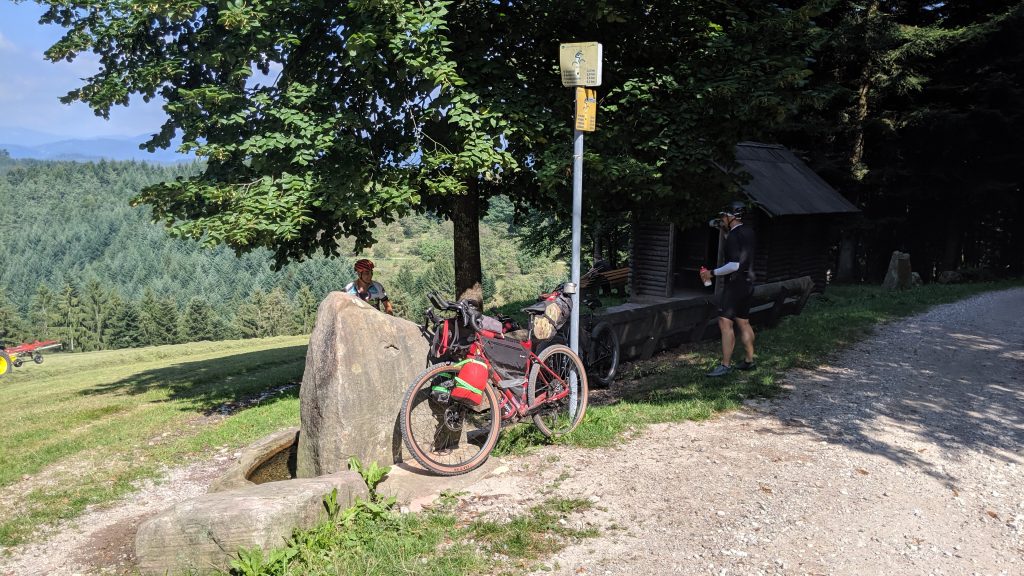 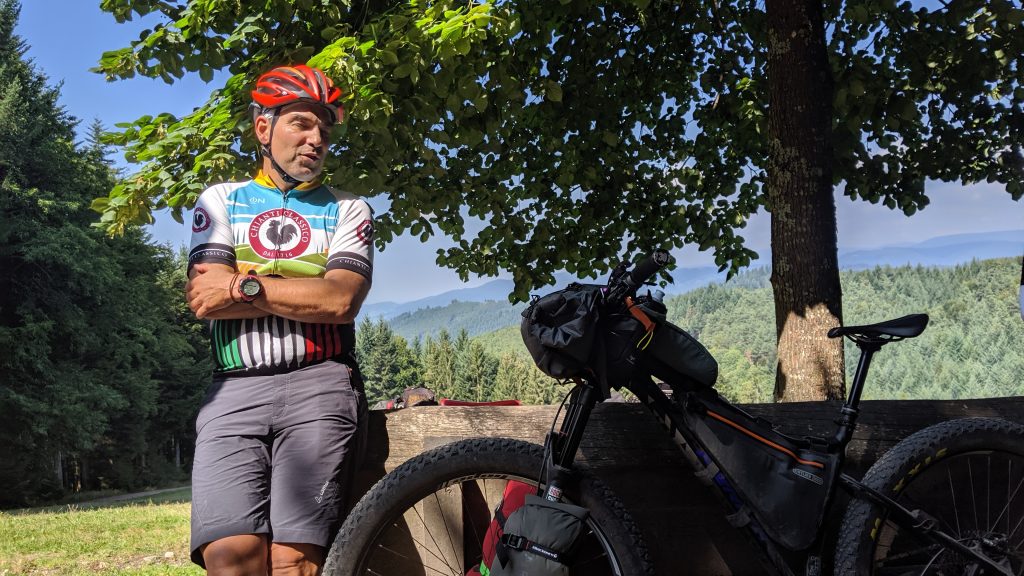 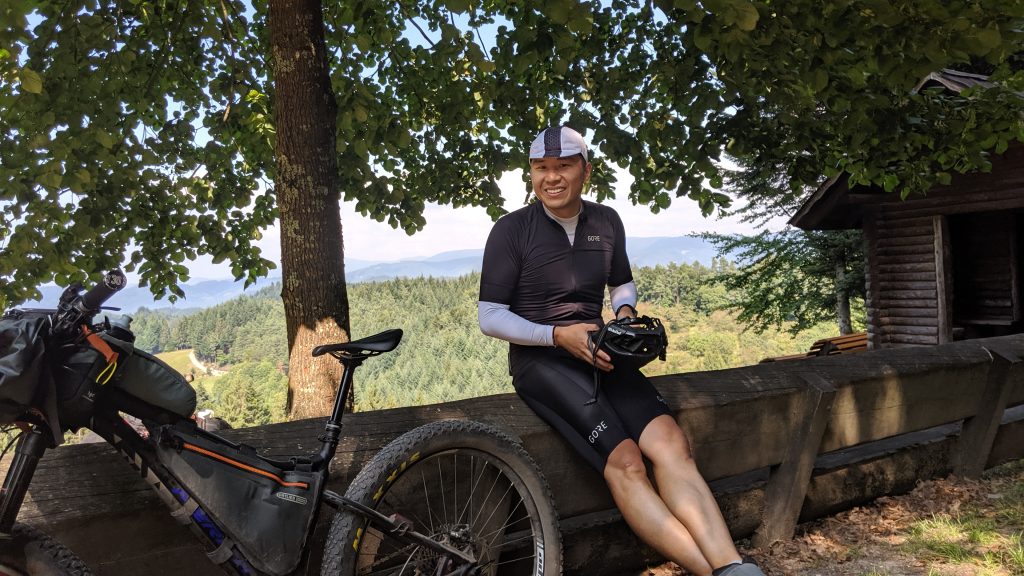 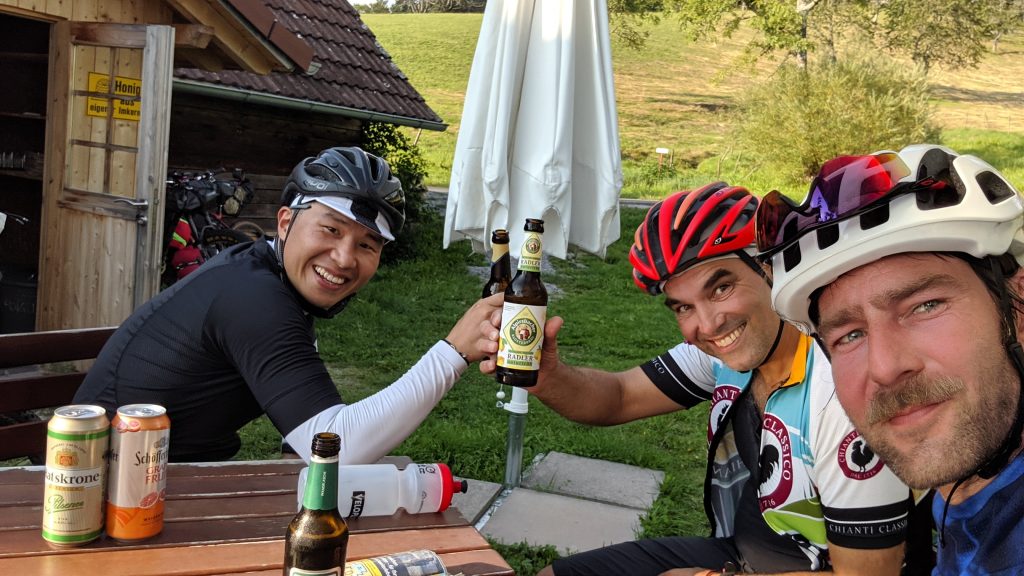 When we finally arrived at the spot it felt a bit strange, everything was looking NEW… no spot for a camp fire, a huge place and some techno party not too far away. Huh.

We started to collect wood, checked the spot, a wind started to blow from above to the valleys. We started eating Raclette, powered by candle lights (Thanks swiss friend Mathis), potatoes cooked on a hobo and some Berner sausages on the camp fire. A great camp fire with wine. Nice talks before we went in the first floor of the tower for sleeping with beats of the party in the ears… 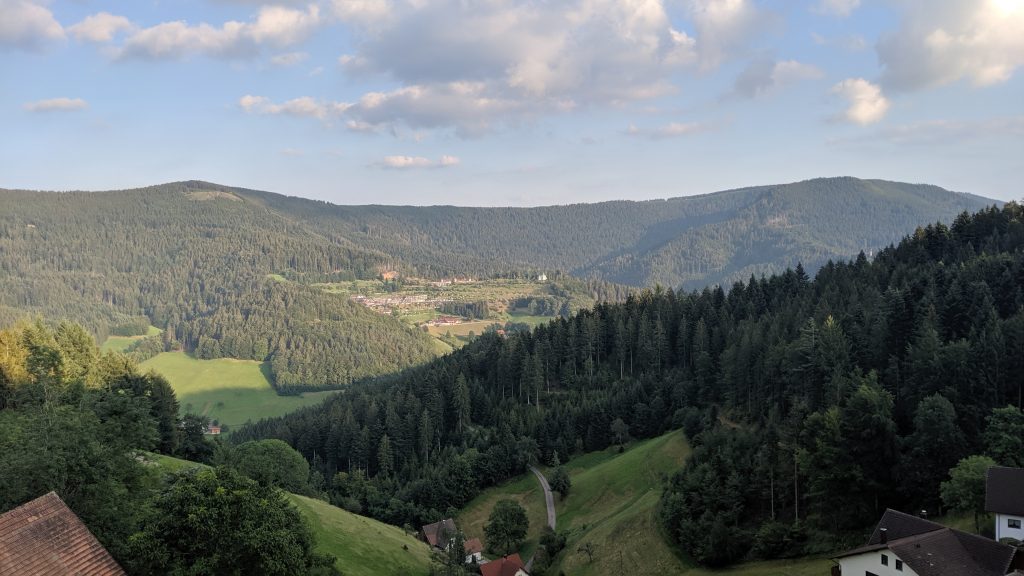 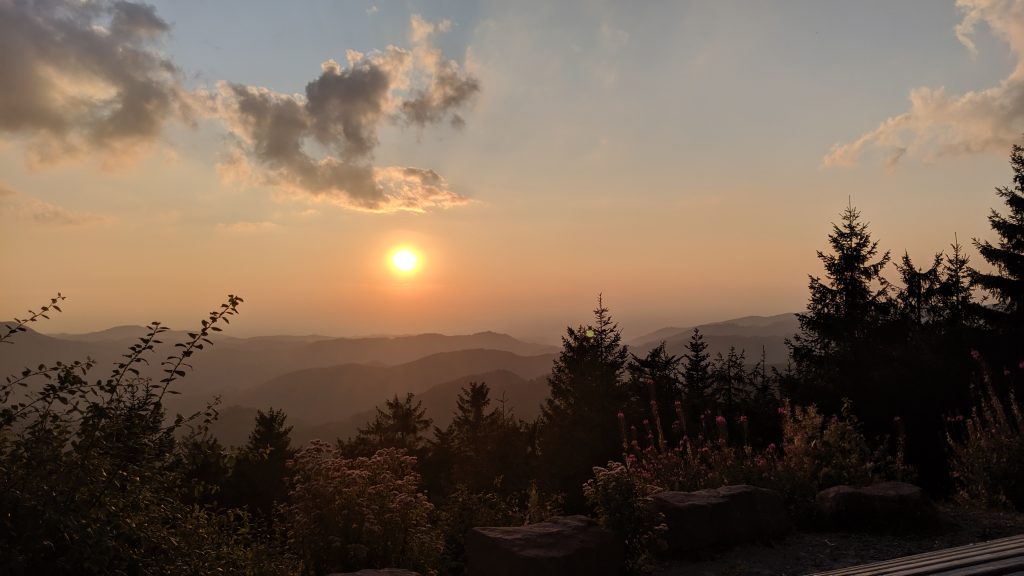 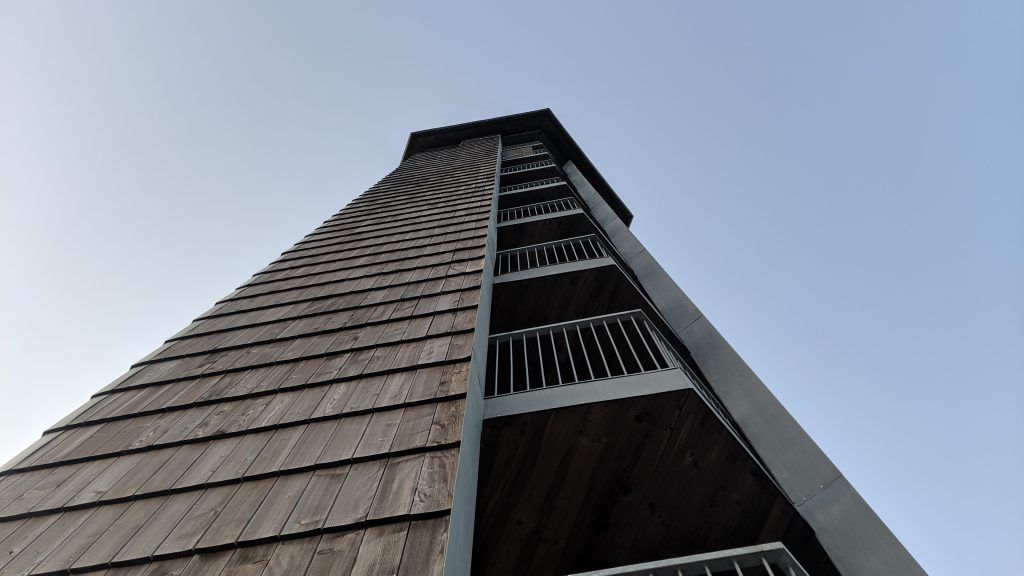 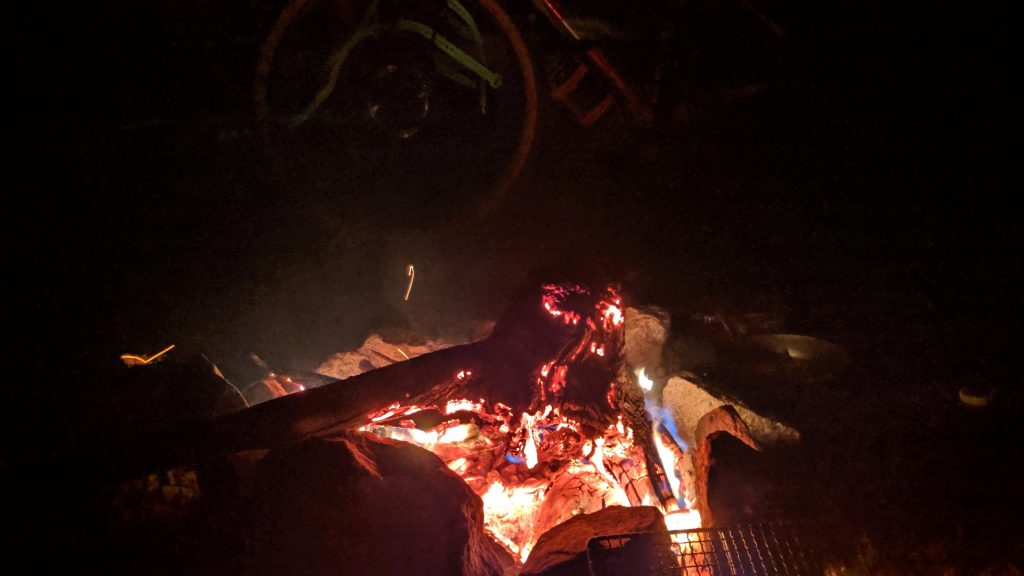 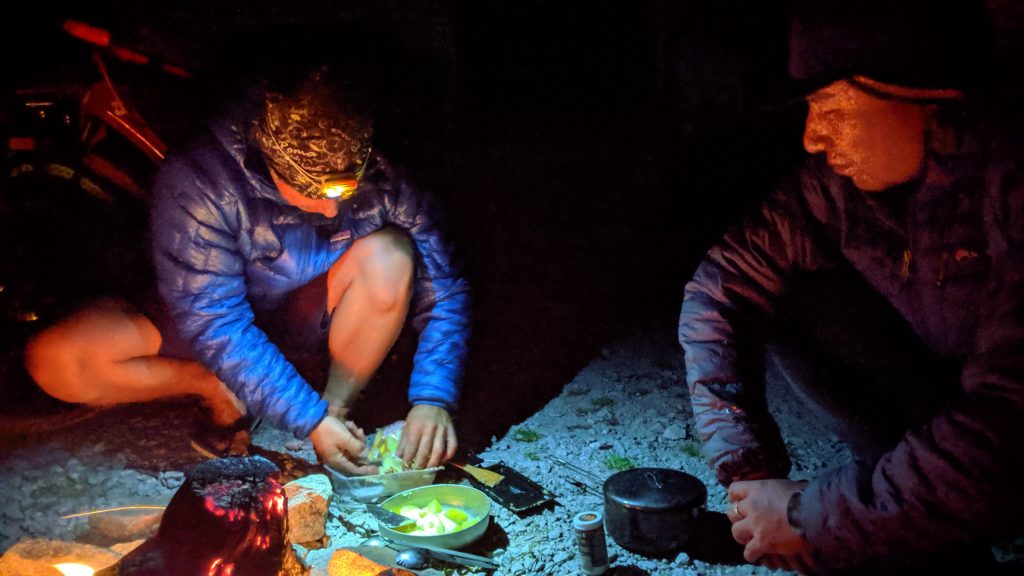 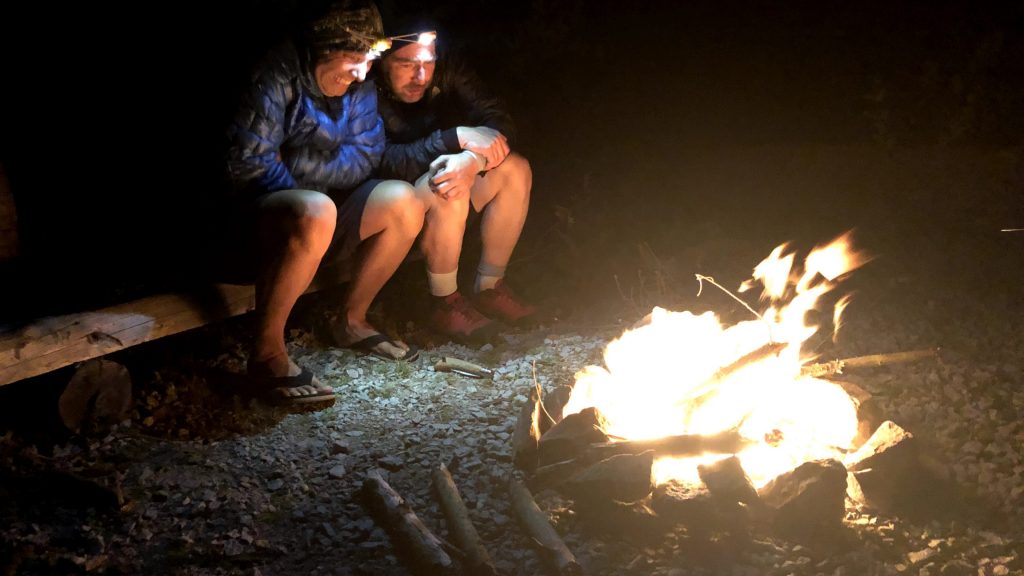 The morning we woke up with techno music in the ears 😀 Making coffee, having breakfast and enjoy the scenery before people will run over this place. 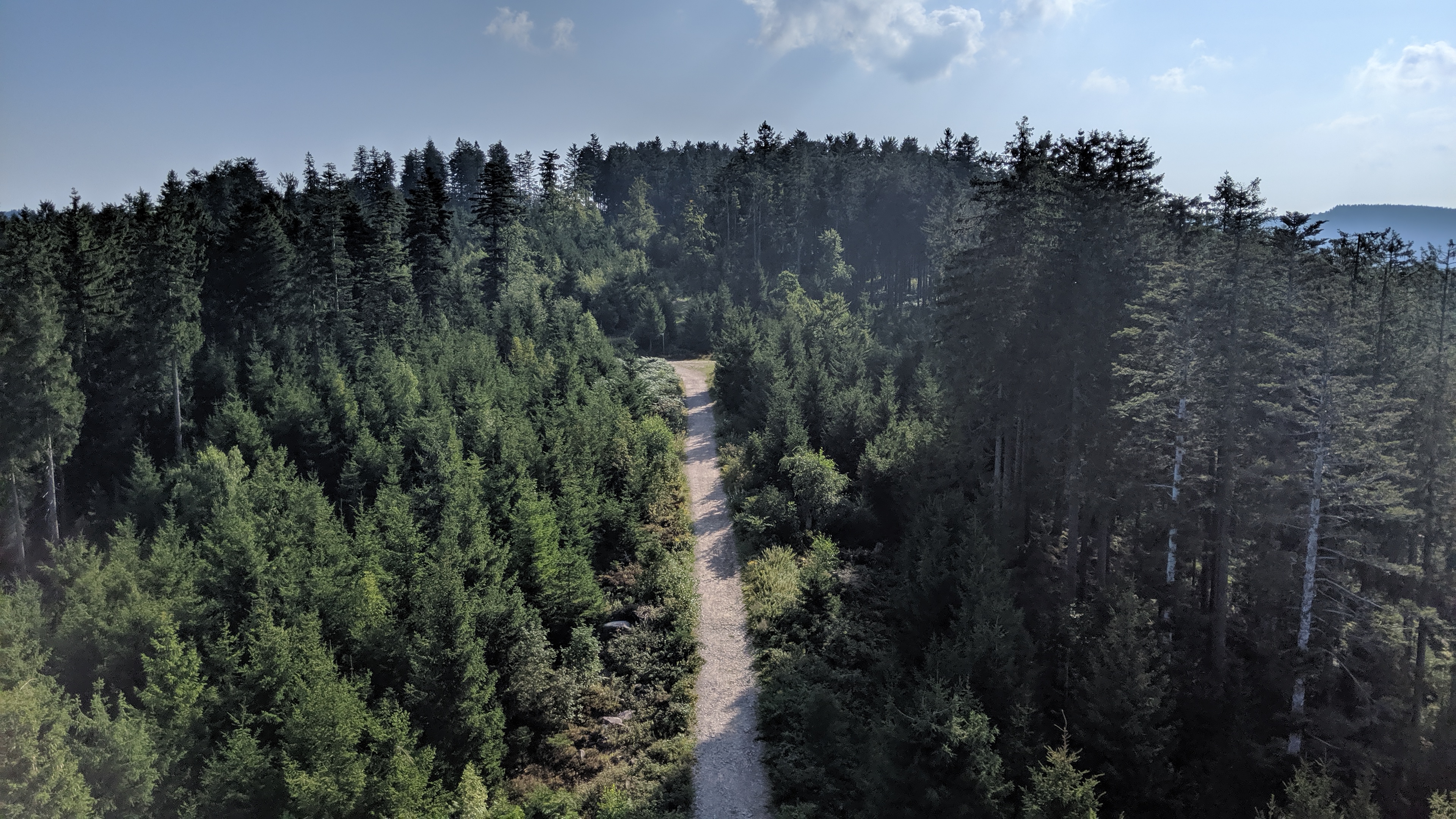 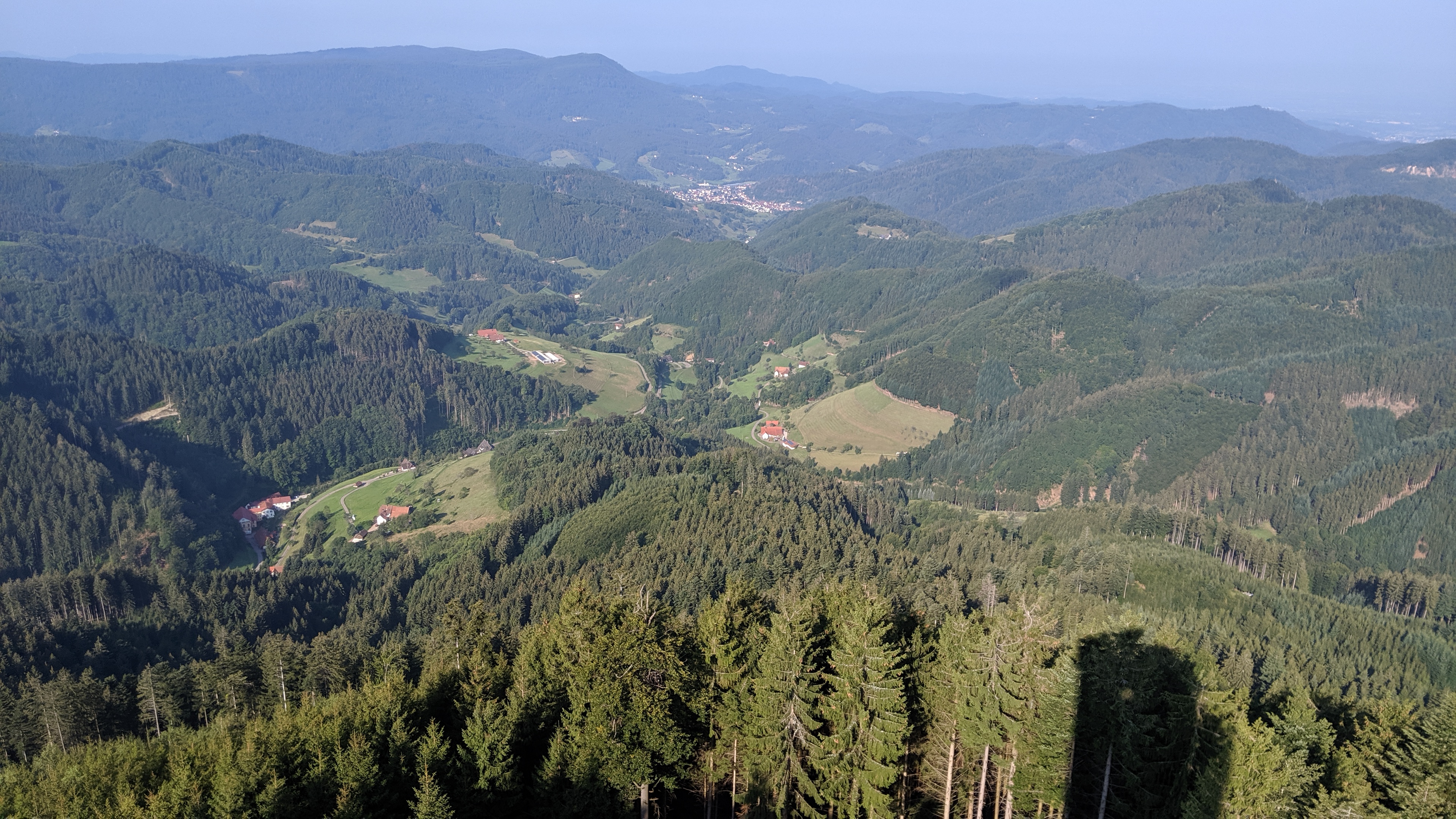 We had some nice forrest paths to follow, found some nice huts on the way to remember. For future adventures 🙂 We met some hikers,  an older e-mtb-guy joined us the Westweg, and then started the first downhill, during that i felt sketchy on my bike… We stopped at a sprint and i checked my breakpads in the rear… not much left. Feeling bad about that… I talked with the boys about a plan b. That i will take the next road we pass. When we arrived there… the road was closed in fact of a repair. Damn. We started to have uphill again and my brain started to get fucked that i’m riding more uphill with looooooooow breakpads. At the top we started to talk and find a solution with a canyon with tarmac, plan c. For me was tarmarc super, the other two mtb-guys were ok with this situation. But… we found an awesome spot to have a sandwich in a creek. 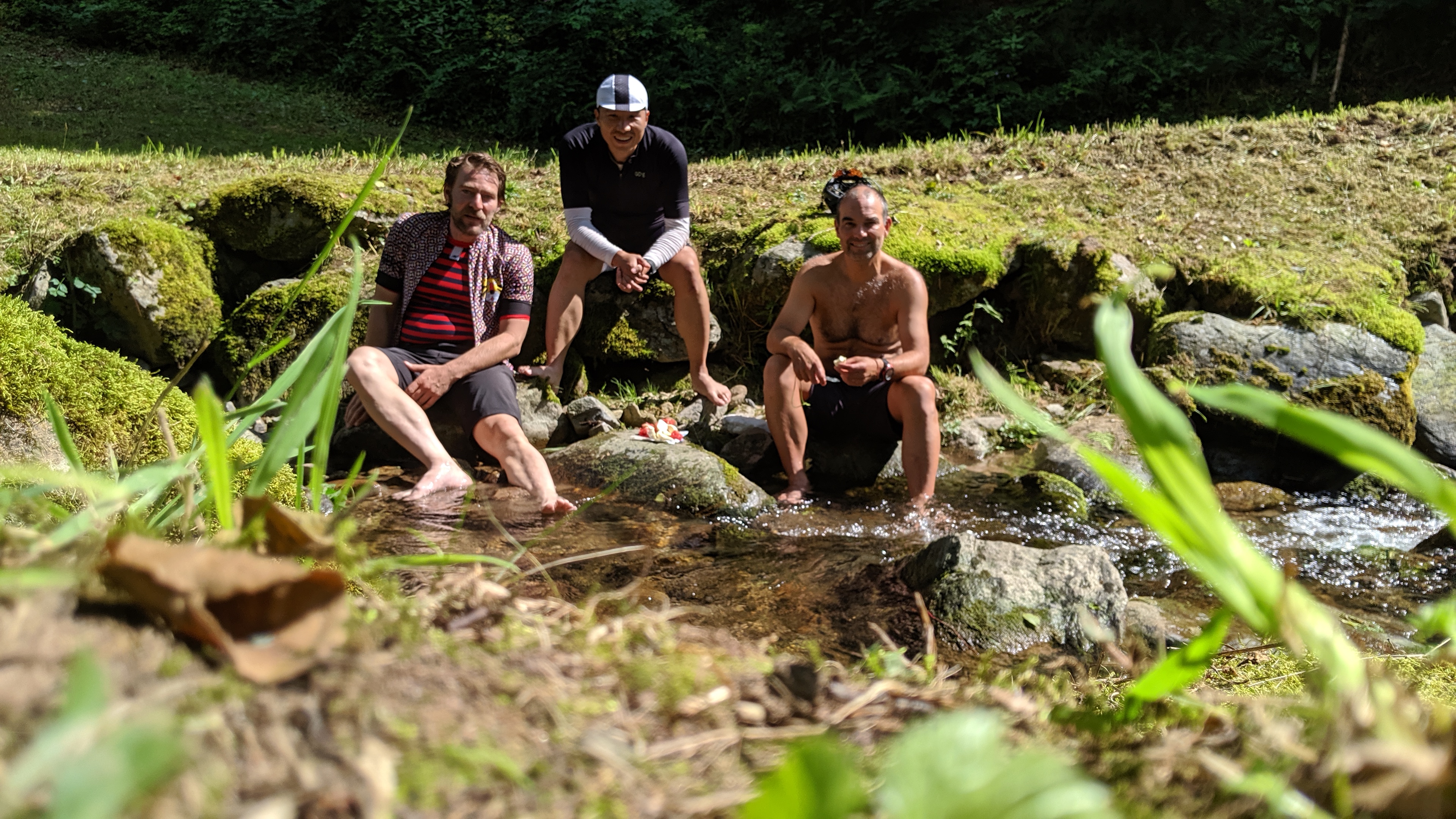 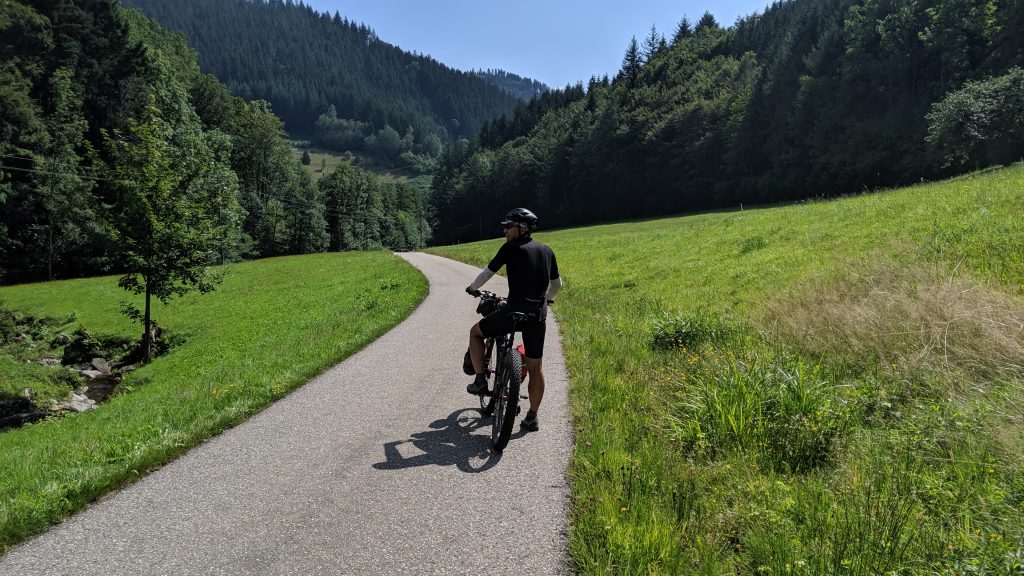 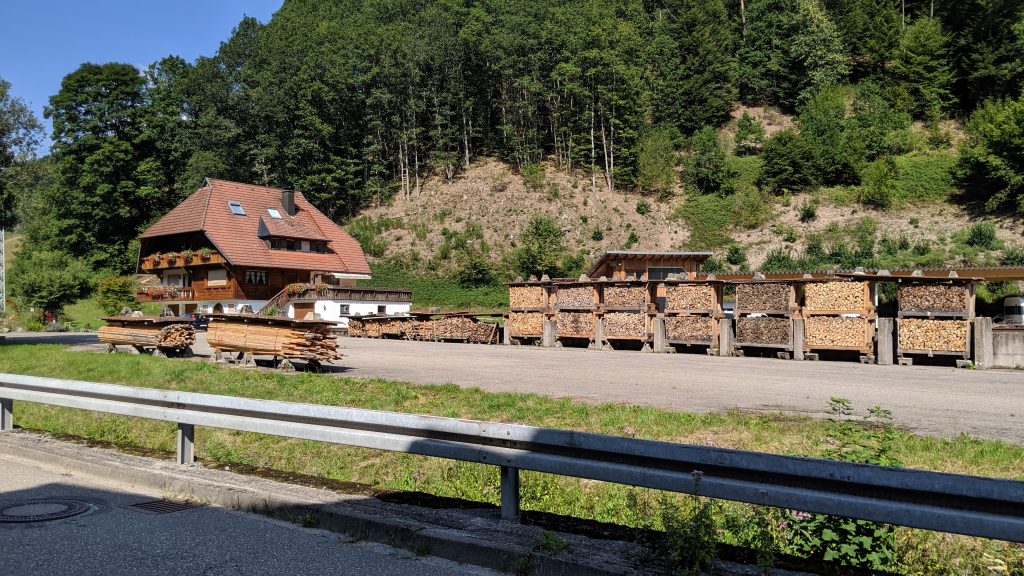 After the canyon we followed the bike path in the Wolfsbachtal, really beautiful, we had some coke and food at a small nice spot and finally took the train in Haslach. Mathis went before, Bo and i took the direct train to Karlsruhe. What an amazing weekend with amazing guys! And the first overnight/bikepacking for Bo, and i’m so sure that it was not the last one!